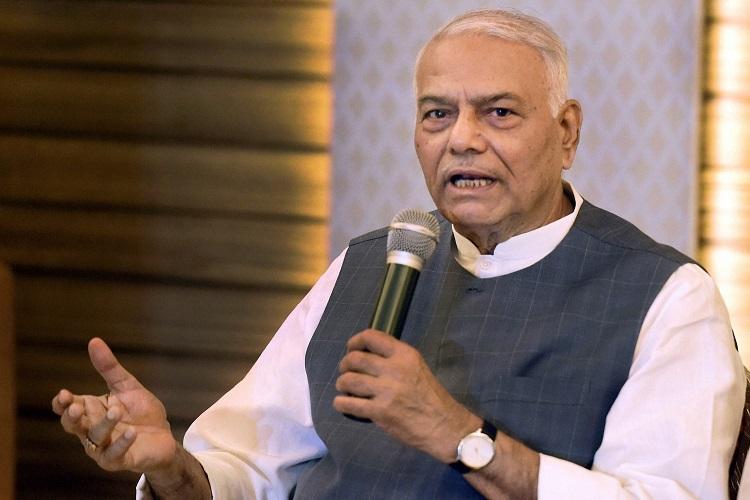 NEW DELHI: The NDA government’s flagship projects — National Highway Development Project (NHDP) and Pradhan Mantri Gram Sadak Yojna (PMGSY) — were my ideas, claims former Union minister Yashwant Sinha as he called out his then colleagues for “unfairly” misappropriating his ideas to themselves.

“The national highway project was entirely my idea. For me, it (NHDP) was not a new thought. I had nurtured it from the time I had been posted in Germany in the 1970s. Germany is famous for its autobahns (a federal controlled-access highway system),” writes Sinha in his recently out autobiography “Relentless”. “I had resolved way back then that I would bring similar autobahns to India whenever I had the chance,” he said.

Launched in 1998, the NHDP aimed at upgrading, rehabilitating and widening major highways in India to a higher standard. It includes the Golden Quadrilateral connecting four metropolises besides the North-South Corridor connecting Srinagar to Kanyakumari and the East-West Corridor joining Porbandar to Silchar.

Sinha, who quit the BJP last year, claimed that the PMGSY scheme was also his idea. In the book, he recollects his meeting with Vajpayee where he first suggested him of starting a new scheme for the construction of rural roads and earmarking separate funds for the same.

“I had even suggested that the programme be named Atal Bihari Vajpayee Gram Sadak Yojana. Though Vajpayee accepted the idea, he rejected the suggestion to name the scheme after him,” he says.

The “resounding success” of the rural roads scheme, officially launched in 2000, argues Sinha, has led to many “fake paternity claims”. “They are all wrong. Some of these ‘fake fathers’ may have been involved in the design or implementation of the scheme, but the scheme itself was not conceived by them,” he said. Sinha (81) also talked about how his civil service background taught him to remain anonymous.

“It was already an ingrained part of my nature when I joined politics, so I never went out of my way to seek publicity. “Many people did tell me that I had to learn to ‘manage media in a challenging world’, but I was loath to do so,” he recalled, adding he was “wrong then” and may be even “more wrong today”. Though “hurt” that others tried to take credit of what was originally his ideas, Sinha in the autobiography, makes it clear that never once did he mind Vajpayee taking credit of it as the veteran leader was not only the “head of the government” but also “our tallest leader”.

“In course of time, this (NHDP) emerged as a flagship programme of the Vajpayee government, and full credit was given to the PM for launching it. I did not mind, nor did I ever claim it as entirely my idea,” he writes.

Published by Bloomsbury India, “Relentless” claims to be a compelling read for Sinha’s commentary on politics, religion, democracy and its institutions, as well as his family, personal struggle and a relentless pursuit of bigger dreams.