No abuse of power nor any disrespect: ED to Kerala Assembly 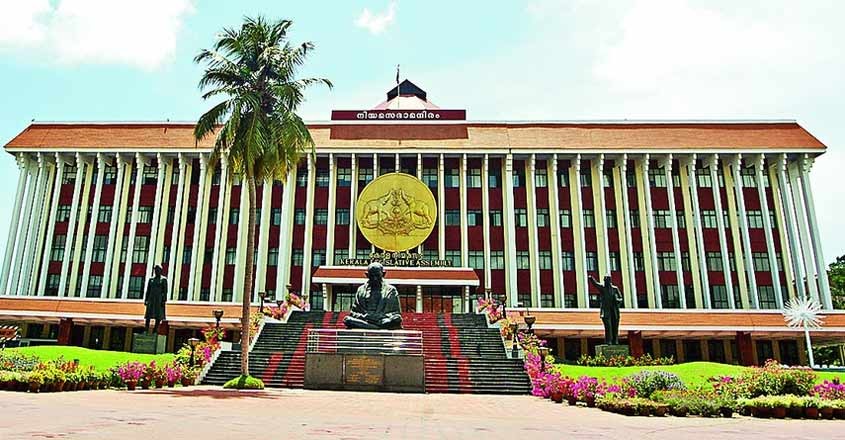 No abuse of power nor any disrespect: ED to Kerala Assembly

THIRUVANANTHAPURAM: Clarifying its position, the Enforcement Directorate (ED) on Saturday informed the Kerala Assembly that there was no breach of privilege of the House or its members on the issuance of summons to the CEO of the ‘Life Mission’ in discharge of the powers and duties of the Assistant Director of Enforcement Department.

Early this month, the Ethics Committee of the Kerala Assembly acting on a complaint from CPI-M legislator James Mathew served a notice to the ED to explain their actions taken during investigations in the Life Mission project.

The committee served its notice to the ED Assistant Director to explain within a week’s time as its action was an infringement of the privileges of the Assembly, since the Mission is accountable to the Assembly only.

In his reply, P.Radhakrishnan, the Assistant Director of the ED said the summon has been issued in good faith and in the exercise of the statutory powers vested and in discharge of the corresponding duty entrusted to him as an investigating officer.

“Accordingly it is respectfully pointed out that there is no breach of privilege of the House or its members on issuance of a summons to C.E.O. of Life Mission as it’s only an instrumentality of the State Government, hence it will not be proper or permissible to attribute privileges of legislature to Life Mission, which is only an implementing agency of State Government.

“Hence, the very notice appears to dehors legal sanction apart from being the result of misinformation. Hence, there has been no abuse of power nor any disrespect of the Legislative Assembly or privileges of members of the House as apprehended under your notice.

“The issuance of summons did not mean to stall implementation of the projects and never amounted to interference of the project. On the other hand, being a responsible body representing the aspirations of the people of Kerala, it is to be expected that the authorities of the government as well and Life Mission would appreciate the significance of the requirements not only to maintain transparency but also to keep the statutory Investigating Authorities properly informed about the probity and legality of the transactions which come under the investigation,” read his statement.

The Pinarayi Vijayan government is peeved the way the various probe agencies have been doing their job in the gold smuggling and Life Mission cases, besides the probe into the money laundering cases against Bineesh Kodiyeri, whose father Kodiyeri Balakrishnan had to ‘relinquish’ his post of the state secretary of the CPI-M.

Trouble has been brewing in the state ever since agencies like the NIA, Customs, ED, CBI and the Income Tax have been investigating cases, ever since the Customs unearthed the gold smuggling case. In this case P.S. Sarith, a former employee of the UAE Consulate in Thiruvananthapuram, was arrested by the Customs on July 5 when he was facilitating the smuggling of 30 kg gold in diplomatic baggage to the state capital from Dubai.

Things turned murkier when the name of Swapna Suresh, a former employee of the Consulate and later employed with the IT Department, surfaced. Later, her links with the now-suspended and arrested IAS officer M.Sivasankar, then posted as the Principal secretary to Vijayan and also the IT Secretary, came to light.