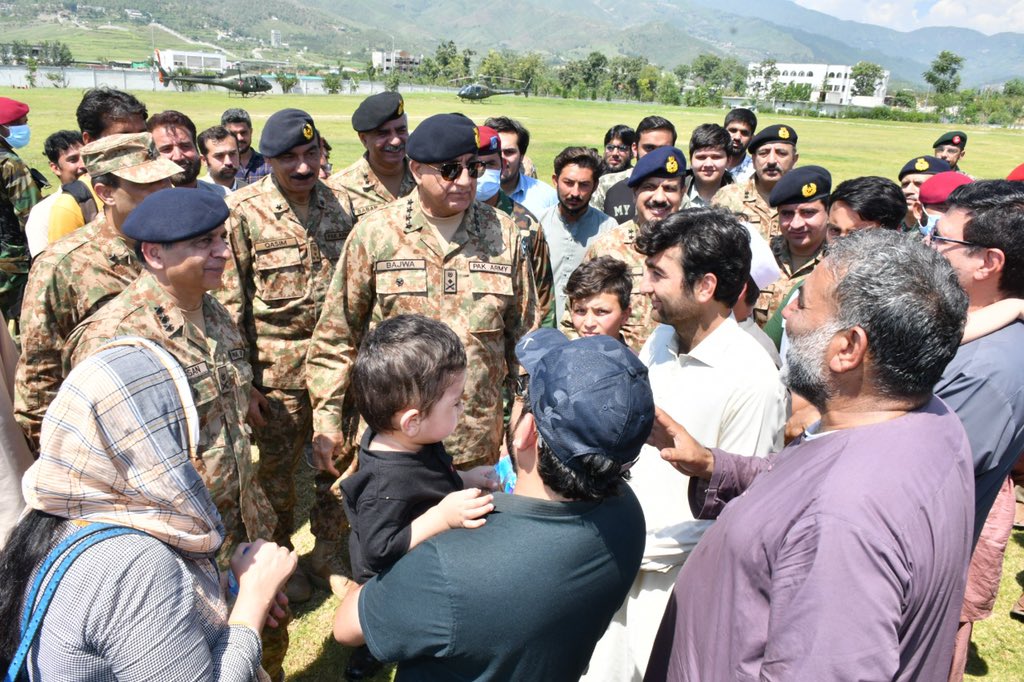 ISLAMABAD: Pakistan Army chief General Qamar Javed Bajwa on Saturday emphasised the need for regional peace and developing a mechanism for resolving all bilateral issues peacefully among countries as he warned that the price of status quo will be devastating for all of us.

What could possibly be his last address at the prestigious Pakistan Military Academy in Kakul as he is set to retire by the end of November, the Chief of Army Staff (COAS) said that the “world has changed, so should we as the price of status quo will be devastating for all of us.

Without naming any country, the 61-year-old Pakistan Army chief stressed the need for regional peace and developing a mechanism for resolving all bilateral issues peacefully.

We must give peace a chance by developing a mechanism to resolve all our bilateral issues peacefully. Moreover, as opposed to fighting each other, we should collectively fight hunger, poverty, illiteracy, population explosion, climate change and disease, he said. The world has changed, so should we as the price of status quo will be devastating for all of us, he said.

In his address, Gen. Bajwa said that in our quest for peace, we have extended sincere and all-out efforts to evolve good neighbourly relations with all our neighbours and regional countriesWe are trying our best to break the political logjam which has denied the countries of South Asia to move forward and resolve all regional and bilateral issues in a peaceful and dignified manner.

The Army chief said that the people of South Asia, like the rest of the world, deserved prosperity and better living conditions, which was only possible through sustained economic growth, development and above all, lasting peace.

Therefore, we must strive hard to keep the flames of war away from the region, he said.

During his tenure, Pakistan and India came to the brink of full war in 2019 in the wake of Pulwama attack and subsequent events. However, it was also during his time when the two sides agreed to restore ceasefire along the LoC in 2021, creating a glimmer of hope for peace.

Relations between India and Pakistan have been strained over the Kashmir issue and cross-border terrorism emanating from Pakistan. The ties between the two countries nosedived after India abrogated Article 370 of the Constitution, revoking the special status of Jammu and Kashmir and bifurcating the State into two Union Territories on August 5, 2019.

In his address, Bajwa also warned that Pakistan’s desire for peace should not be taken as a symbol of weakness.

No one should make any mistake about our collective resolve to defend our core interests and every inch of our motherland, he said.

He claimed that the Pakistan Army had successfully turned the tide of the menace of terrorism in the last two decades and has ensured that organised terrorism is decisively rooted out from Pakistan.

This is indeed a unique accomplishment that not many countries or armies can claim, he said.

General Bajwa, who in his own words has been in uniform for about 42 years, became chief of the army staff in November 2016 for a three-year tenure, which was extended for another term in 2019. If everything goes by the book, he will retire by the end of November.