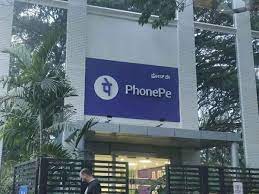 The investments are driven by the regulatory insistence on data localisation, which prevents a financial sector entity from storing its data overseas, and other aspects, company’s co-founder and chief technology officer Rahul Chari said.

Speaking to reporters after the launch of a data centre facility at Navi Mumbai, Chari said PhonePe will be investing USD 200 million on data centres.

He said the company has already invested USD 150 million but did not specify a timeline for investing the remaining USD 50 million.

Chari said it is beneficial for a company like PhonePe to invest in captive data centres given the data localisation mandate from the regulators and also because of the ease or flexibility of operations it offers as compared to an operating expenses model.

Company’s co-founder and chief reliability officer Burzin Engineer said the USD 150 million investments will take the overall capacity to over 14 mega watt spread across three facilities in Bengaluru and the one inaugurated at Navi Mumbai on Thursday.

Engineer said the current investments will be able to take care of capacities needed to deliver on transaction loads expected by the end of the year.

PhonePe, NTT and Dell Technologies on Thursday launched what is billed as the country’s first data centre with a smart cooling technology.

Chari said the capital expenditure incurred is higher for the smart cooling data centre, but its expenses will go down after two years as the energy costs it consume are lower than the conventional data centres.