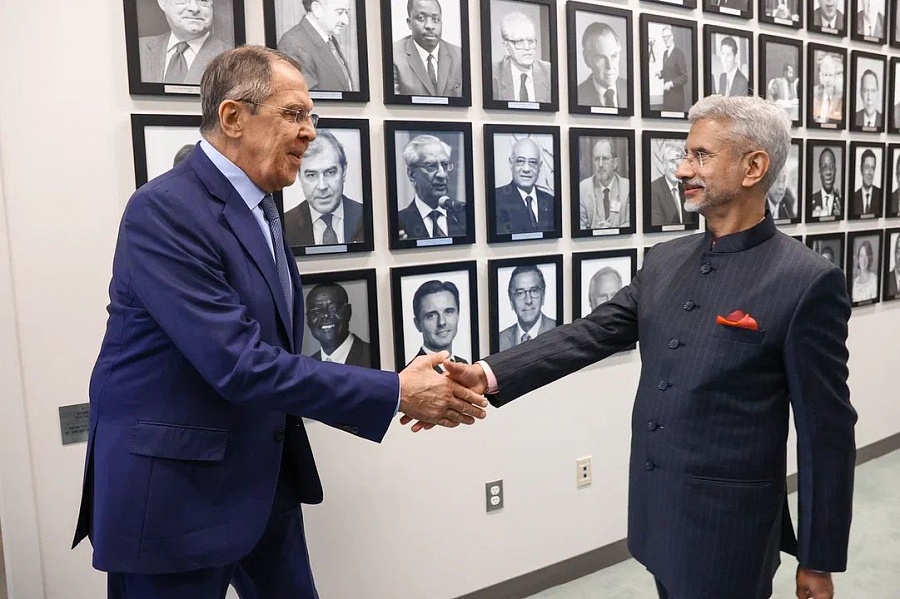 UNITED NATIONS: Russia has voiced its support for India and Brazil as worthy candidates for permanent membership in the UN Security Council, calling them key international actors.

During the 77th Session of the UN General Assembly, Russian Foreign Minister Sergey Lavrov on Saturday expressed his support for India, becoming a permanent member of the Security Council.

🇷🇺🇮🇳 FMs of Russia and India, Sergey Lavrov and @DrSJaishankar met on the sidelines of #UNGA77.

The Ministers confirmed firm determination to consolidate cooperation in all issues of mutual interest.

In his address to the General Assembly just an hour before External Affairs Minister S Jaishankar’s speech, Russian Foreign Minister Sergey Lavrov said that the UN and Security Council have to be aligned to contemporary realities.

He said Moscow sees the prospect of making the Security Council more democratic, exclusively, through broadening the representation of countries from Africa, Asia and Latin America.

We note India and Brazil in particular as key international actors and worthy candidates for permanent membership within the Council whilst simultaneously unilaterally and mandatorily raising the profile of Africa, Lavrov said.

India has been at the forefront of efforts at the UN to push for urgent long-pending reform of the Security Council, emphasising that it rightly deserves a place at the UN high table as a permanent member.

At present, the UNSC comprises five permanent members and 10 non-permanent member countries which are elected for a two-year term by the General Assembly of the United Nations.

The five permanent members are Russia, the UK, China, France and the United States and these countries can veto any substantive resolution. There has been growing demand to increase the number of permanent members to reflect the contemporary global reality.

Later, addressing a press conference at UN headquarters Saturday, he was asked why he mentioned only India and Brazil for permanent membership and not South Africa.

I mentioned India and Brazil for a single reason. They have long officially advanced their candidatures. As for South Africa, the Republic of South Africa, this step has not been put forward, he said, adding that Members of the African Union are committed to the Ezulwini Consensus.

Because if we had to talk about an additional inclusion in the Security Council of Western countries, well, that would be humorous for a number of reasons. I will set aside the fact that they are all hostile to the Russian Federation and the People’s Republic of China.

He said if political assessments were to be set aside, what new would any additional western country bring to the Security Council He said western countries can provide absolutely nothing to the Council and “they are all following the orders of the United States.

He said next year, with the addition of Japan to the Council as a non-permanent member, there will be seven countries representing the western group in the 15-nation Council. He said there is not an iota of difference between the policy of Japan and that of the United States.

India is currently halfway through the second year of its two-year term as an elected non-permanent member of the UN Security Council.

India’s tenure at the Council will end in December when the country will also preside as President of the powerful UN organ for the month.