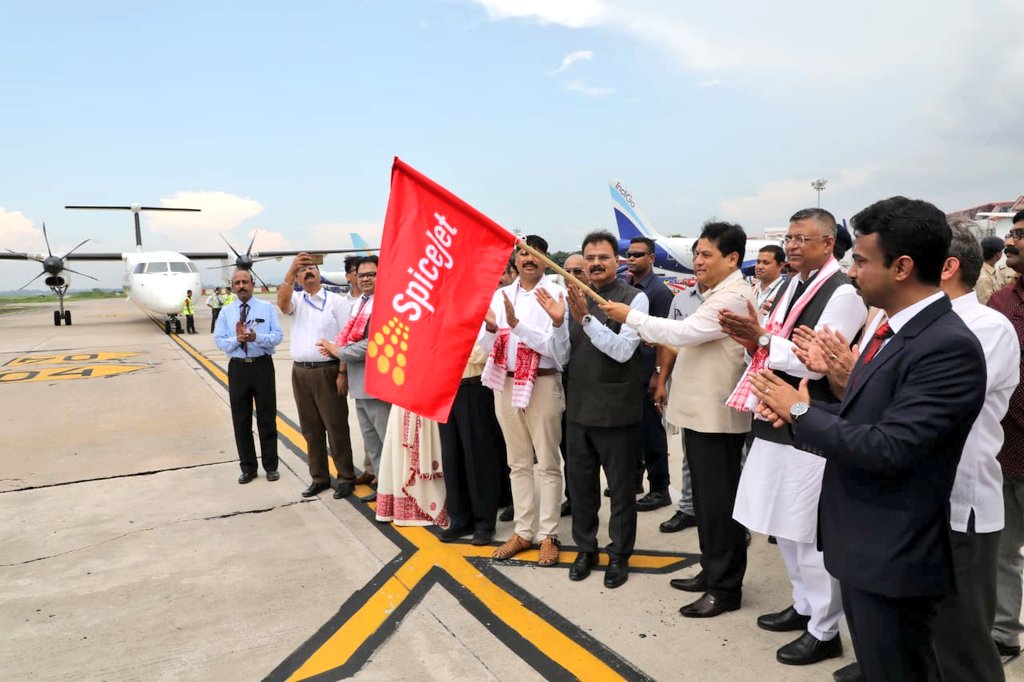 CM @sarbanandsonwal flagged off the first Guwahati-Dhaka flight by @flyspicejet under the International Air Connectivity Scheme at LGBI Airport, Guwahati.

The Bombardier Q400 aircraft will depart Guwahati at 1155 hours, while it will leave Dhaka at 1410 hours (local time) every day.

Hailing the new mode of connectivity as landmark, Sonowal said, “We are now looking to connect all the capitals of the Association of Southeast Asian Nations (ASEAN) and Bangladesh, Bhutan, India, Nepal (BBIN) countries with Guwahati.”

For that, we have already requested the Civil Aviation Ministry to do the needful, he added.

“We believe the tremendous success of Regional Connectivity Scheme can be replicated in IACS as well; thereby making international air travel much more affordable and convenient for Indians,” he added.

Bangladesh Assistant High Commissioner in India, Shah Mohammad Tanvir Monsur, said this new flight will be a turning point in the history of connectivity between the two regions.

“Before 1947, Bangladesh and Assam were part of the same region. Every day, 4,000 patients come to India for treatment, but they go to Kolkata, Mumbai and Delhi. Now, they can come to Guwahati too as it has many good hospitals,” he added.

With the launch of this new service, SpiceJet now operates two flights under IACS, besides running 43 flights connecting 24 cities under UDAN scheme.

The low-cost airline currently operates a fleet of 76 Boeing 737 aircraft, 31 Bombardier Q400 planes and two B737 freighters across India.