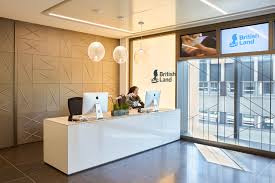 BENGALURU: British Land said on Friday it would resume paying dividends in November, as the mall and office owner collected 69% of its September-quarter rent and expects collections to improve further over the coming weeks.

The company, which owns a range of office-led London campuses and retail spaces, said dividends will be paid semi-annually compared to quarterly payments it made earlier.

The owner of London’s Broadgate and Paddington Central complexes said that an increase in company voluntary agreements (CVAs) and administrations across the retail market had resulted in a 11.6 million pounds ($15.02 million) cut in annualised rents. CVAs allow retailers to avoid insolvency by offloading unwanted stores and securing lower rents on others.

British Land has been conducting a series of rent deferrals and cancellations to help the company and its tenants ride out the coronavirus crisis after its annual losses soared to 1.1 billion pounds.

British Land said it was in active talks with its tenants over rent payments and all its malls and 86% of the stores in them were now open.