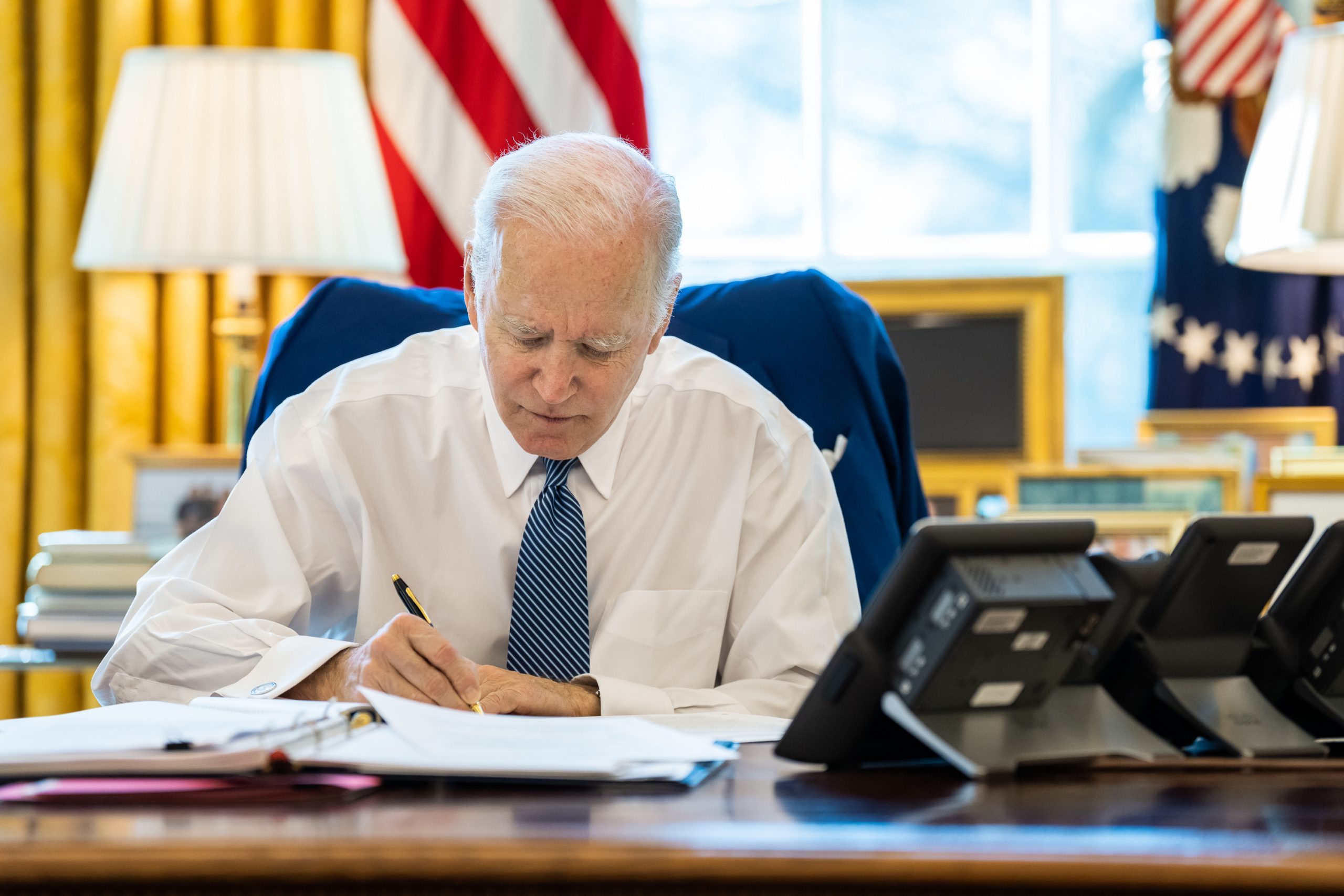 WASHINGTON: India is a bit shaky in terms of showing support against the Russian invasion of Ukraine, US President Joe Biden has said asserting that most American friends and allies have presented a united front in terms of dealing with Vladimir Putin’s “aggression”.

“The one thing I’m confident, knowing Putin fairly well, as well as I, guess another leader can know one another, is that he was counting on being able to split NATO. He never thought NATO would stay resolved, stay totally thoroughly united. And I can assure you, NATO has never been stronger or more united in its entire history than it is today, in large part, because of (Russian President) Vladimir Putin,” Biden told a business roundtable of CEOs on Monday.

“But in response to his aggression, there has been – he’s pretty – we presented a united front throughout NATO and in the Pacific. The QUAD is, with the possible exception of India being somewhat shaky on some of this, but Japan has been extremely strong, so is Australia, in terms of dealing with Putin’s aggression,” said the Biden said.

Last month, Biden had said that India and the US were trying to resolve their differences on the issue of Russian aggression against Ukraine.

“We presented a united front throughout NATO and the Pacific, and you did a hell of a lot to help us impose sanctions and incur costs, real costs, on the Russian economy. We are seeing now that it mattered. It was really important what you all did. Not every one of you, but I’m not suggesting you all had to. But those of you who did step up, it made a big difference,” he said.

The North Atlantic Treaty Organisation (NATO) is a group of 30 North American and European nations. According to NATO, its purpose is to guarantee the freedom and security of its members through political and military means.

The QUAD – comprising Japan, India, Australia and the United States – is not an alliance but a grouping of countries driven by shared interests and values and interested in strengthening a rules-based order in the strategically-important Indo-Pacific region. Biden joined the CEOs roundtable.

“They conveyed the Administration’s commitment to continue imposing heavy costs on Putin to degrade Russia’s war machine and support the people of Ukraine while taking concrete actions to mitigate the price increases on American consumers caused by Putin’s action,” the White House said.

“Participants also discussed the need to work together to address Putin’s disruptions to global markets and supply chains, especially for energy and agricultural commodities, and identify alternative sources of supply for key goods. The private sector and the Administration committed to close communication and coordination going forward,” said the White House.

Biden said that Putin was not anticipating the extent or strength of the US-led unity of the international community.

“The more his back is against the wall, the greater severity of the tactics he may employ. We’ve seen it before. He’s run a lot of false flag operations. Whenever he starts talking about something he thinks NATO, Ukraine, or the United States is about to do, it means he’s getting ready to do it. Not a joke. You may recall, I said this to a few of you this morning, that I was able to declassify a whole range of operations that they were about to engage in without sacrificing sources and methods,” he said.