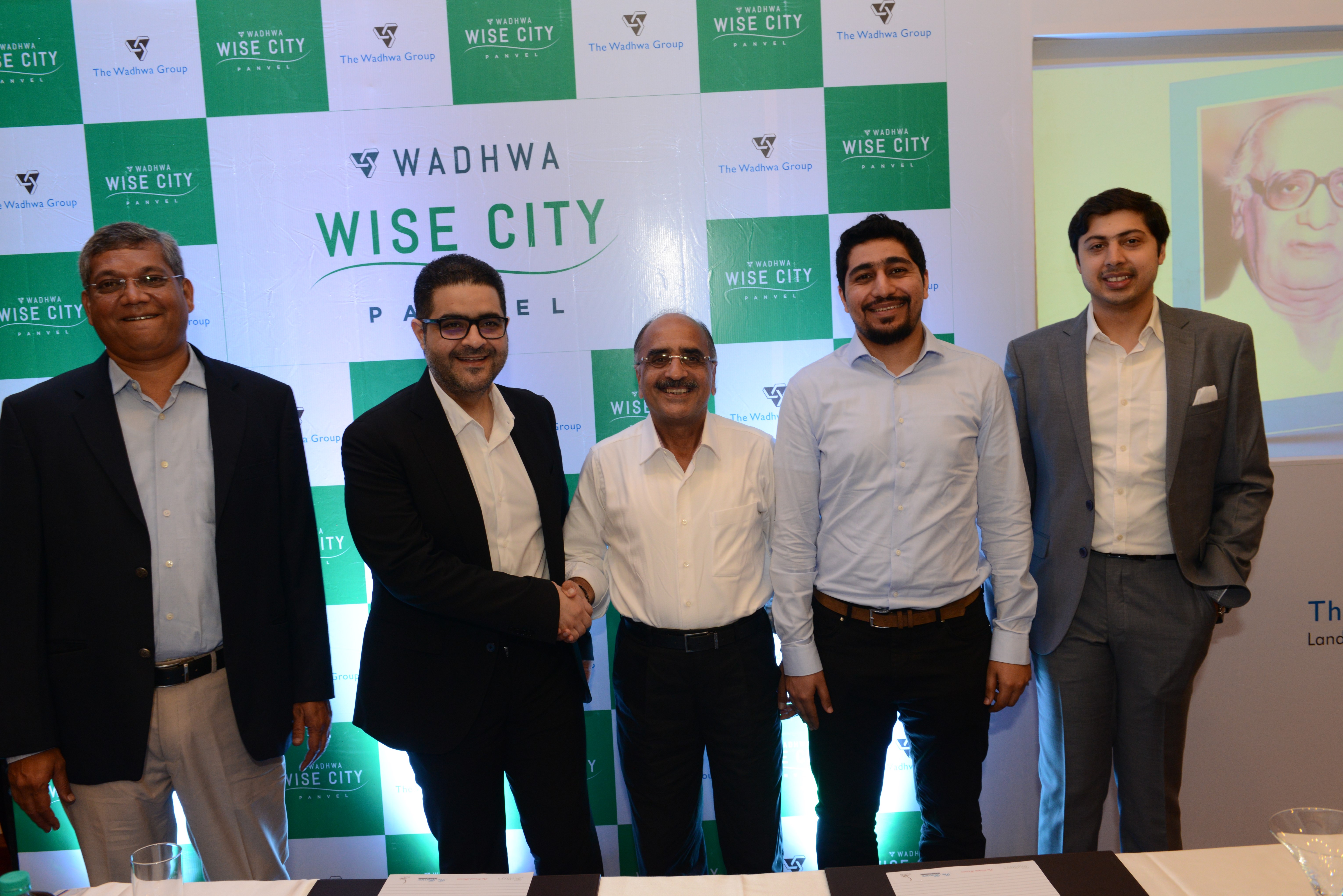 Out of the total land holding of over 450 acres, The Wadhwa Group is planning to develop 138 acres which comprises of 10mn sqft of overall development. Wadhwa and GFH, a Bahrain based financial investment Group are jointly developing the township and have launched apartment and bungalow project of over 40 acres. After the inauguration by Chief Minister of Maharashtra Devendra Fadnavis last year, the project saw a huge response with 1500 units sold during the launch phase itself.

The project which is planned in different phases will be completed in a span of about 5-7 years and will comprise of IT parks, mall, market, hospitals, school, etc. This mega residential township once completed will not just be a row of concrete structures, but an impeccable mix of green & grey to render a mega lifestyle for a healthier & holistic living. Spread across a vast verdant tract, this sprawling project will offer community living at its best via its meticulously planned spaces. The project will offer superior air quality, dedicated open spaces, and top class amenities to all its residents.

Shedding light on the second phase of Wadhwa Wise City, Navin Makhija, Managing Director, The Wadhwa Group said, “Panvel as a location is the most advanced infrastructure hub of India with world-class infrastructural developments coming up here. It has drawn a lot of attention from HNIs who are looking for an independent living in Mumbai. While the first phase of Wadhwa Wise City was an initiative to support the Government’s mission to provide quality affordable housing, the second phase would focus more on the independent living in a township that offers all facilities of a city in the vicinity. We are expecting about 2000 crores revenue from the second phase of the project including bungalows.”

The Wadhwa Group has also tied up with Father Agnel School to provide quality education at Wadhwa Wise City. The objective of the school is to provide comprehensive education to students upto Junior College. The school will be affiliated to one of the national boards.

The spirit to create new pathways, to open new opportunities has been the Agnel hallmark ever since this institution was established by Agnel Ashram Fathers in 1982 in Vashi, Navi Mumbai. In its 37 years of existence, Agnels has progressed from one single school to a host of premier institutions in Goa, Mumbai, Ambernath, Pune, Delhi and Noida all bound by one common link- quest for excellence.Year after year the Father Agnel School has produced academic scholars, players of national and international repute and artists who have won accolades for their creative performances.

The school in Vashi today has a sports complex with international level infrastructure, including a shooting range, swimming pool, two Astro turf grounds for football, hockey and athletics. It also has two floodlit Basketball Courts and a four courts indoor Badminton Academy in collaboration with PadmashreePullela Gopichand. Pursuing excellence, nurturing children with strong values and creating an inclusive environment for all, is what the institution stands for.

Commenting on the association, the spokesperson from Father Agnel School said, “We are proud to have associated with The Wadhwa Group to start a new school at their township. We are looking forward to start operations by mid of 2022 where primary sections will start first, others will be added gradually year on year. During admission, priority will be given to the students from Wadhwa Wise City. We hope this association goes a long way to produce exceptional talent and build a better future for the country.”

Apart from the school, The Wadhwa Group is developing 40 acres of land under greens i.e. parks, playgrounds, etc. and 14 acres for offices, IT parks, etc. One can easily make out the importance of this location due to the upcoming infrastructure and the robust demand that it has received from the homebuyers.

Panvel which already offers excellent railroad connectivity to the main city—Mumbai has proven to be the most sought after region for affordable housing. It is connected to both, the central and western lines, it is also known as the gateway to the Konkan region, easing the commute to the other states of India. Located close to Mumbai-Pune Expressway and the Sion-Panvel Expressway, travelling to either Mumbai or Pune is quite convenient.

Planned development and Infrastructure has been a major differentiator for the region compared to the other parts of the city. The commencement of the work of the infrastructure developments like the Navi Mumbai International Airport and the Mumbai Trans-Harbour Link are the factors that are driving the demand for residential and commercial real estate in this new growth corridor.The first pier of the ambitious Mumbai Trans Harbour Link was built at Sewri in May 2019 and 11 percent of the bridge construction work is completed so far.

The project, which began in March 2017, has been divided into three packages and is expected to be complete by September 2022.The Navi Mumbai International Airport is likely to finish by mid 2020 and the operations are expected to start in 2023.JNPT is already on a major expansion drive, with some key projects already in the works like the mega fourth terminal, developing a centralized parking plaza, improving the port connecting roads and widening of highways and development of coastal berth.

The Panvel Karjat local railway line has already started and the suburbanization of the track is underway. In recent times, the NAINA region has emerged as the hub of affordable housing due to comparatively lower prices, good road and railway connectivity and growing infrastructure.

According to recent studies, there is a huge demand for housing across metro cities where we see a large influx of people coming, in search of jobs and a better livelihood. Supporting the economic upliftment of the region, Wadhwa Wise City is expected to become a viable option for the homebuyers.