We were fed up with your attitude, had to take RIL offer: Kishore Biyani to Amazon 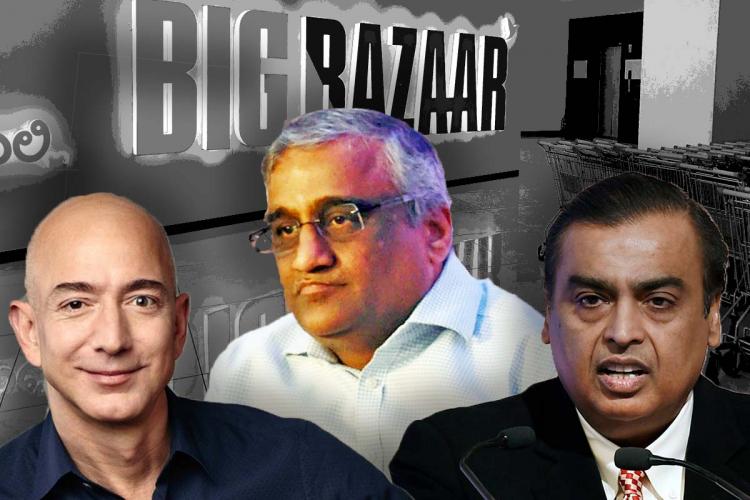 We were fed up with your attitude, had to take RIL offer: Kishore Biyani to Amazon

NEW DELHI: Kishore Biyani, Future Coupons and Future Corporate Resources have said that totally disillusioned and fed up with Amazon’s lackadaisical attitude, they were left with no option but to accept the offer from Reliance Industries Limited (RIL).

This communication to Amazon is a response to their notices and addressed on behalf of Future Corporate Resources Private Limited (FCRPL), Kishore Biyani and other promoters.

“At the further outset, we deny that we have acted contrary to and reneged on contractual obligations for personal gain or benefit, as alleged or at all. Such assertions are wholly unsubstantiated,” Biyani said.

“You were well aware that in light of the disruption caused due to the Covid-19 pandemic, the lenders were chasing various companies of the Future Group for honouring their obligations,” he said.

“Being totally disillusioned and fed up with your lackadaisical attitude, we were left with no option, but to accept the offer from the Reliance. Given the fact that Reliance is one of the largest conglomerates in the country and globally, we believed that this was the best deal in the interest of all the stakeholders of various companies of Future group including FRL, as it addressed the concerns of the lenders, employees, shareholders (public shareholders of the listed companies) of the Future Group companies including FRL. You, alone, are responsible for contributing to this situation, having failed to bail out FCPL and/or the Promoters from preventing alienation or disposal of the Promoter FRL Securities,” Biyani told Amazon.

“In fact, during the period March to August 2020, all your actions lacked good faith. Except for offering lip service and perfunctorily attempting to show your concern, there were no serious or genuine efforts made by you. The correspondence during this period bears out that you really had no intention to assist the Promoters/FCPL in preventing the alienation or disposal of the Future Retail shares. What you merely did, was put up a facade of ‘facilitating’ the raising of finance by the Promoters,” Biyani said.

“In such dire circumstances, you were not expected to sit on the fence by simply calling for information and data and doing nothing to prevent the alienation and disposal of the Promoter FRL Securities. The least you could have done, was to nominate replacement financial institutions (RFIs) as soon as possible, or within reasonable time. By not nominating any RFIs, you contributed to the deterioration of the asset value of Promoters FRL Securities,” Biyani said.

Biyani said if the transaction with the Reliance/MDA Group was not finalised, FRL would inevitably have faced insolvency and/or liquidation, in which event, the entire equity would have been wiped out, leaving you with nothing.

“We, therefore, deny having acted for personal gain, as alleged or at all. We have, in fact, acted in public interest, namely, in the interest of the banks, other lenders, and public shareholders. We have also ensured that the investments of FCPL continue to remain encumbrance free,” he said.

“Your contention, that there is a ‘single integrated transaction’, also violates the Foreign Exchange Management Act, 1999 (FEMA). Therefore, the two SHAs must be regarded as independent,” he said.

Biyani said, “We put-forth various alternative proposals for your consideration, including a proposal to increase Amazon’s effective shareholding in FRL from 4.8 to 19.1 per cent, by investing an additional Rs 1,11,470 Crores, we made attempts to negotiate with other financial institutions and/or funds (for example Samara) to prevent alienation or disposal of Promoter FRL Securities, we could not go ahead with Samara because they wanted your NOC which was not forthcoming; we also explored the possibility of forming a consortium of financial institutions including other investors, who wanted your participation, which you did not consent to, using FDI laws as the reason, you were at all times fully aware of the exclusivity period with Reliance of four weeks from July 2, 2020 and its extension upto August 14, but as party to FCPL SHA made no concrete plan or proposal.”