Will help goldsmiths in returning to West Bengal from Indore: BJP 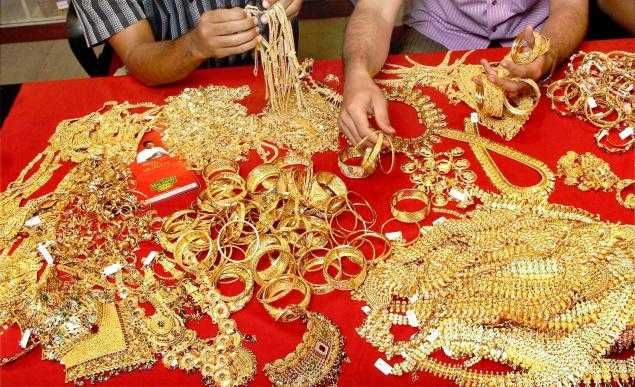 Will help goldsmiths in returning to West Bengal from Indore: BJP

BHOPAL/INDORE: The BJP on Thursday said that it would provide assistance to the goldsmiths from West Bengal, who work in Indore’s jewellery market in large numbers, for their safe return to their home state.

Among other things, Indore is famous for its jewellery market. However, the district has emerged as one of the COVID-19 hotspots in the country.

As the jewellery shops in the city are shut due to coronavirus-induced lockdown, most of the 20,000 goldsmiths of West Bengal origin have decided to go back to their home state.

Talking to PTI on Thursday, BJP general secretary in- charge of West Bengal, Kailash Vijaywargiya, said, “These goldsmiths have approached me. My party will provide assistance to them, especially in terms of arranging e-passes and transport facilities.”

He urged West Bengal Chief Minister Mamata Banerjee to take necessary steps for the safe return of these goldsmiths who are working in the city in large numbers.

“We have also provided ration to them with sufficient quantity of rice, which is their staple food. We were told that their families have been facing hardships because of lockdown,” Vijaywargiya said.

Talking to PTI, Kamlesh Bera, president of the Indore Bengali Swarnakar Loksewa Samiti, an association goldsmiths from West Bengal, said, “Everyday, a number of Bengali goldsmiths are calling us over phone as they are facing difficulties in going back to their home state.”

“Most Bengali goldsmiths are sure that their business will not be back on track till Diwali in November. That is why they want to return home immediately,” Bera said.

He said that at least five special trains should be run between Indore and Kolkata to take these goldsmiths home.

Bera also said that in the last 10 days, after the introduction of the e-pass facility, about 1,000 goldsmiths have left for their home in West Bengal by arranging buses and other vehicles at their own expense.

“Every Bengali goldsmith had to pay Rs 5,000 to Rs 6,000 to reach home in these vehicles. This cost is high during this difficult time,” he said.

Sources said that there are around 20,000 goldsmiths from West Bengal living in Indore, of whom 2,500 are shopkeepers and another 17,500 are jewellery-makers.

Most of these people are from Hooghly, Midnapore and Vardhman districts.

Madhya Pradesh Chief Minister Shivraj Singh Chouhan had earlier written a letter to his counterpart in West Bengal, requesting her to take necessary steps for the safe return of Bengali workers employed in different sectors.

In a letter written to Banerjee on May 17, Chouhan said, “During the lockdown, these migrant workers want to return to their home place (West Bengal). But due to the long distance and no official means of transport, some migrant workers from private vehicles left for West Bengal which is expensive, inconvenient and unsafe option.”

According to official information, 2,774 COVID-19 patients have been found in Indore district so far, of whom 107 have died during treatment.