Will introduce one GST slab instead of 5 if Congress comes to power: Rahul Gandhi 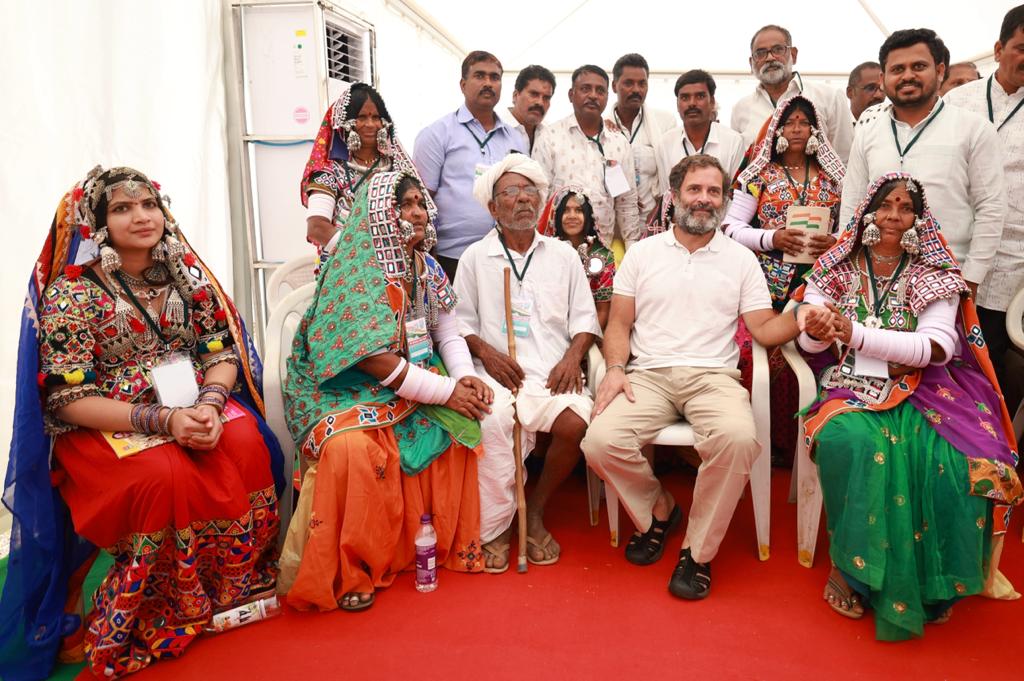 Will introduce one GST slab instead of 5 if Congress comes to power: Rahul Gandhi

HYDERABAD: Congress leader Rahul Gandhi on Friday said if the party comes to power at the Centre, there would be a revisit of GST (goods and services tax).

Addressing a gathering in Mahabubnagar District as part of his ‘Bharat Jodo Yatra,’ he alleged that the existing faulty GST regime and Prime Minister Narendra Modi-led government’s demonetisation in 2016 ruined small and medium businesses.

When our government assumes power in Delhi, we will revisit GST and there will be only one tax (slab) not five (slabs), he said.

He promised that if the Congress comes to power in Telangana, the Forest Rights Act would be implemented in toto for the benefit of adivasis.

Dubbing Chief Minister K Chandrasekhar Rao, also known as KCR, as the ‘rajah’ of the State, Gandhi said KCR’s motto is to grab land and money of the people of Telangana.

He alleged that BJP and TRS work in tandem and the latter supports all the Bills introduced by the NDA government in Parliament.

On the one hand, BJP is spreading hatred and on the other TRS supports it. Whatever BJP wants TRS fulfils it in the Lok Sabha and the Rajya Sabha, he said.

According to him, unemployment is at the highest level and the youth, after spending lakhs of rupees on their education, are unsure of their future.

He said he met handloom weavers today during his march and he learned that the GST has ruined their lives.

Though it is not easy to walk everyday for seven or eight hours as part of the yatra, the love and affection shown by the people makes it possible, he added.