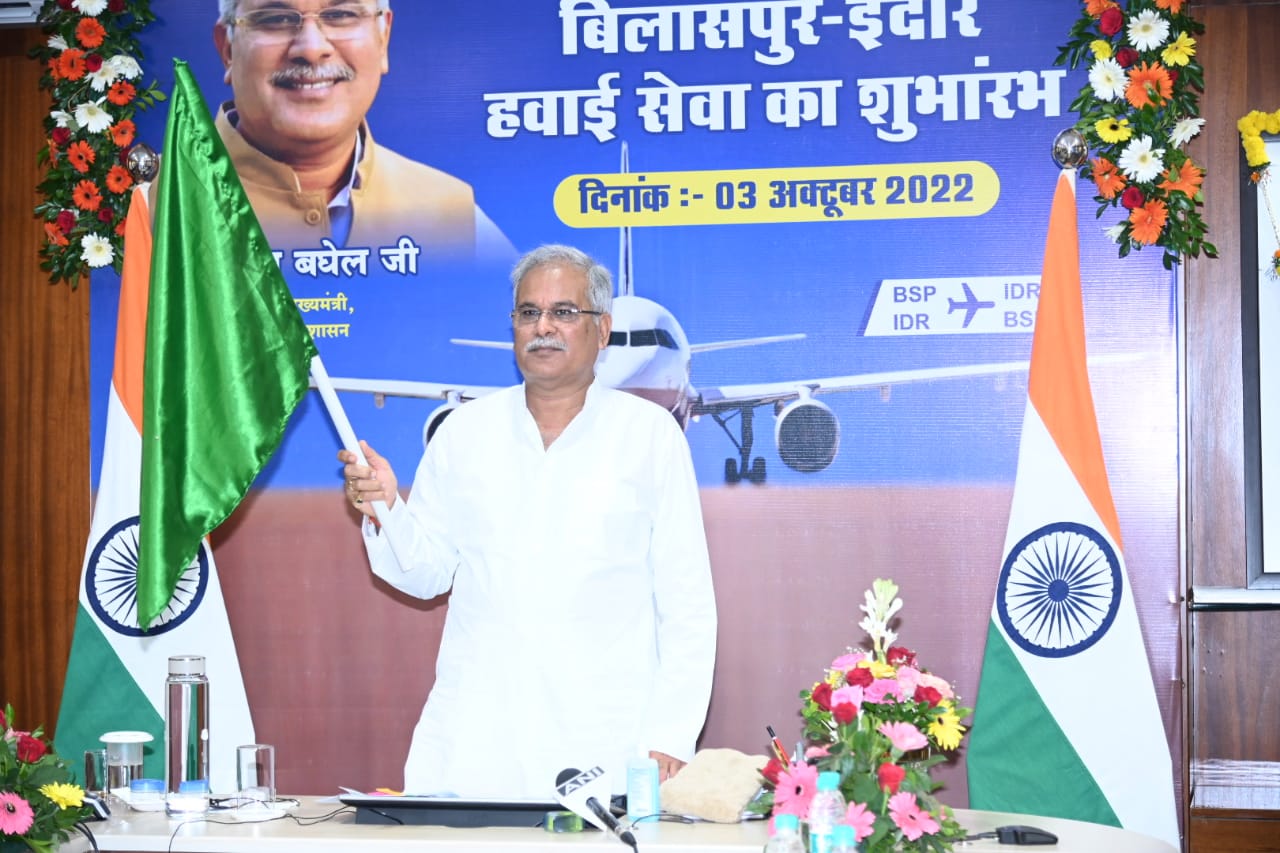 NEW DELHI: The Centre-run Alliance Air on Monday launched a flight between Bilaspur in Chhattisgarh and Indore in Madhya Pradesh, which will operate four days a week. Chief Minister Bhupesh Baghel, who was in Raipur, virtually launched the inaugural flight at Bilasa Devi Kevat Airport, Bilaspur, located around 125 km away from the capital.

The ATR 72-seater aircraft of Alliance Air took off from Bilaspur around 11.35 am for Indore with more than 50 passengers. It will be operated four days a week (Sunday, Monday, Wednesday and Friday), an official said. Speaking on the occasion, Baghel said the state government has been making every possible effort to expand air travel services in the state and the flight connectivity between Bilaspur and Indore will accelerate development and benefit people of Bilaspur division.

He requested Union Civil Aviation Minister Jyotiradiya Scindia, who virtually presided over the function from Delhi, to start flight services from Bilaspur to metro cities of Mumbai, Kolkata, Chennai and Bengaluru.

The chief minister urged Scindia to launch international flights from Swami Vivekananda Airport in Raipur, and said the state government had provided 461.20 acres of land to the Airport Authority of India free of cost for expansion of the airport, which now has facilities such as runway, new terminal building, ATC tower as per international standards.

The first regular domestic service was started by Alliance Air on Delhi-Jabalpur-Bilaspur-Prayagraj airway on March 1 last year and then between Bilaspur and Bhopal on June 5 this year, but the services were later suspended, he said.

Baghel further said the state government had spent Rs 25.10 crore so far for the development of Bilaspur airport.

Works worth Rs 22 crore are being sanctioned to develop Bilaspur airport as per 3-C IFR standard and for night landing facility, he said.

The chief minister also requested Scindia to ensure that the Centre returns 1,000 acre of land, which had been allotted for setting up an Army cantonment next to Bilaspur airport, citing that it has not been used by the Defence ministry as yet.

If the Centre returns the land, it will be used for the expansion of Bilaspur airport, he said.

The development of Ambikapur airport in the state will be completed by December this year, he added.

Scindia, in his address, said the Centre plans to set up around 200 airports, heliports and water aerodromes by 2026.

The Union minister said the Centre will extend all technical support for the expansion of Bilaspur airport.

He also appealed to people to make maximum use of the flight service, citing that the service which was started from Bilaspur earlier was suspended due to low number of passengers daily.