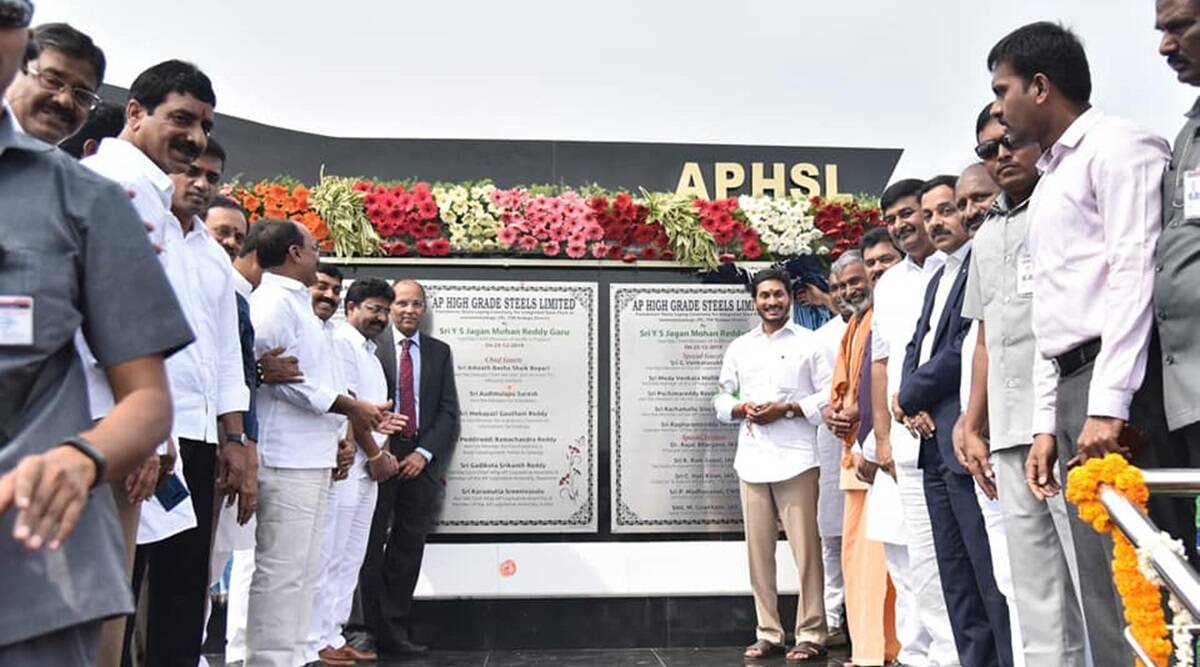 AMARAVATI: Andhra Pradesh government is scouting for a new joint venture partner to take forward the proposed steel plant in Kadapa district of the state as the UK-based Liberty Steel, supposed to be the partner, was now, according to the government, bankrupt.
After one of the major lenders of the UK company went bankrupt, the Andhra Pradesh government has declared Liberty Steels as not business-ready and started working on Plan-B.
“Liberty at this point of time, let me say, is not business-ready. As all loans to it have been stalled, I dont think they will be in a situation to invest in future projects. Thats why we are looking at Plan-B, Industries and Investment Minister of Andhra Pradesh Mekapati Goutham Reddy said here on Wednesday.
On February 23, the state Cabinet selected Liberty Steel India Limited as the joint venture partner for construction and development of YSRSteelPlant inKadapadistrict.
Liberty was supposed to spend Rs 10,802 crore on building thesteelplant in the first phase.
SBICAP recommended Liberty as the joint venture partner to the state government, giving it a score of 153.50, ten points more than Essar Steel Limited.
The YSRSteelCorporation, the special purpose vehicle established by the state government, set March 31, 2024 as the commercial operation date for phase-1 of the project in which it has been targeted to produce one MTPA of crudesteel\finished products.
Chief Minister Y S Jagan Mohan Reddy laid the foundation stone for the project on December 23, 2019.
With Libertys financial woes, the Jagan Mohan Reddy government decided to take it off the project.
“We are reviewing the project and spoke to the Indian Embassy (in England) as well. One of the companies funding Liberty went into bankruptcy, so the Liberty Group has taken a hit. From the information we received, even the UK government is not coming forward to assist (Liberty), the state Industries Minister said in reply to questions.
Asked if the government would now straightaway consider Essar as the partner or invite fresh bids, Goutham Reddy said they were asking it to match Libertys offer.
In terms of equity contribution, Liberty Group gave us the proposal where the state governments equity contribution was the lowest. So, we are asking the Essar Group to match the same. This is basically whats the net benefit that accrues to the state, the Minister said.
He said they were in discussion with Essar and other companies.
We are looking at Plan-B also. Whether it is Plan-A or Plan-B, the state government will implement this project, Goutham Reddy said.
He said it was their commitment to build a steel factory for the people of Rayalaseema as per the AP Reorganisation Act, 2014.
This, the Centre has proposed. So, we are fulfilling an unfulfilled promise of the Act…, he said.
Asked why the YSR Steel Corporation was borrowing Rs 10,000 crore when the joint venture partner was supposed to put in the money, the Minister said they had only made a provision for borrowing that much amount.
We have just got the approval (from the state government) not that we will be implementing it. The idea isin a scenario where none of the investors are there, we will go ahead with it on our own, Goutham Reddy said.
Questioned about the status of Swiss major IMR Metallurgical Resources-AGs proposal to establish a 10- million-tonne capacity steel plant with an investment of Rs 12,000 crore, the Industry Minister said it was only a proposal.
The Chief Ministers Office had on March 5, 2020 announced that IMR was ready to set up the steel plant, the second in the Chief Minister’s native Kadapa district.

They havent yet come to the negotiating table. They came up with a proposal but not followed it up with a proper Detailed Project Report. Some South African company had also come. These all are proposals, initial discussions but nothing serious, Goutham Reddy said.