Farmers to march on foot to Parliament in May: SKM 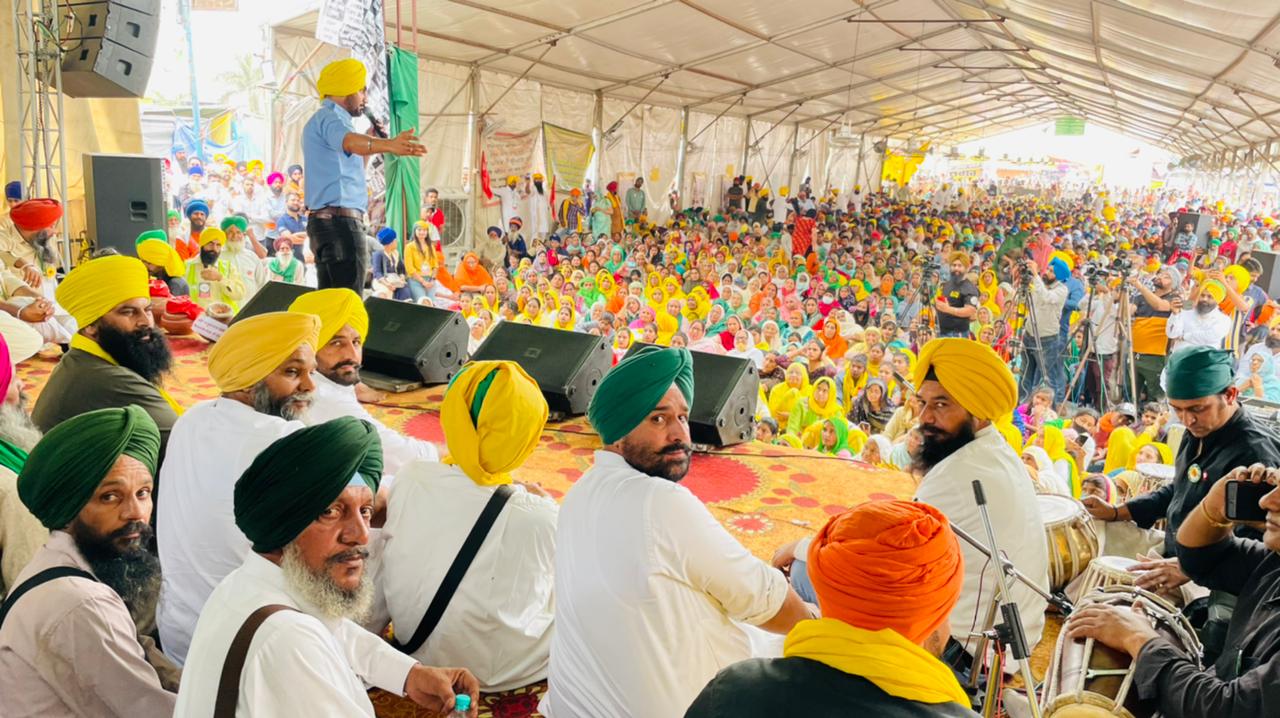 Farmers to march on foot to Parliament in May: SKM

NEW DELHI: The Samyukt Kisan Morcha (SKM) on Wednesday announced a slew of plans for upcoming two months to strengthen the ongoing agitation against the new farm laws, including a proposed march to Parliament on foot in May.
“The Sanyukt Kisan Morcha met yesterday, and decided that the farmers will be undertaking a march to the Parliament in the first fortnight of May. The date for the march is yet to be decided.
“It will be joined not just by farmers, but also by women, and unemployed individuals, and labourers who have been supporting the movement,” farmer leader Gurnaam Singh Chaduni said.
Addressing a press conference, he said that the march would be carried out in a “peaceful” manner, and special care would be taken that “what happened on January 26 is not repeated”.
The leaders also shared their plans of forming a committee to control protesters if there is police action in Parliament march.
“We will form a committee to let the protestors know what to do in case there is police action during the march.
“It will also be made clear to them that SKM condemns all kinds of violence. So the protestors will know that if there is any damage of property by them, they will have to serve the penalty,” a farmer leader said.
Farmer leaders also announced their plans to block the Kundli-Manesar-Palwal expressway for 24 hours on April 10.
“We will be blocking the KMP expressway on April 10 for 24 hours, that is from 11 am on April 10 to 11 am on the next day.
“We will be doing this because the government has not been listening to us. It has been sleeping. This is to wake up the government,” another farmer leader said.
An event to honour the farmers who have lost their lives during the agitation will be organised on May 6.
“Soil from different parts of the country will be brought to these borders and a memorial will be created for all our brothers who lost their lives while participating in this movement,” a farmer leader said.
Other events that will be organised by the farmers as part of strengthening their agitation against the farm laws include the “FCI (Food Corporation of India) Bachao Divas” on April 5 that will be marked by the “gherao of FCI offices across the country”.
The farmers also called for the celebration of the “Sanvidhan Bachao Divas” (Save the Constitution Day) on April 14 to mark the birth anniversary of Bhim Rao Ambedkar.
According to one of the farmer leaders, the Constitution of India “is under danger” from the government.
Similarly, Labour Day on May 1 will also be celebrated at the Delhi borders, where all programmes during the day will be dedicated to “mazdoor-kisan unity”.
A separate press conference was also held at the Ghazipur border protest site by the Samyukt Kisan Morcha in which issues like the impact of the farm laws on sugarcane farmers, sharecroppers, and animal husbandry, among others were discussed.
Meanwhile, the Supreme Court appointed three-member committee on the agri laws also submitted its report to the apex court that was prepared after consultation with concerned stakeholders.
Enacted in September, the three farm laws have been projected by the Centre as major reforms in the agriculture sector that will remove the middlemen and allow farmers to sell their produce anywhere in the country.

The protesting farmers, on the other hand, have expressed apprehension that the new laws would pave the way for eliminating the safety cushion of the Minimum Support Price (MSP) and do away with the “mandi” (wholesale market) system, leaving them at the mercy of big corporates.