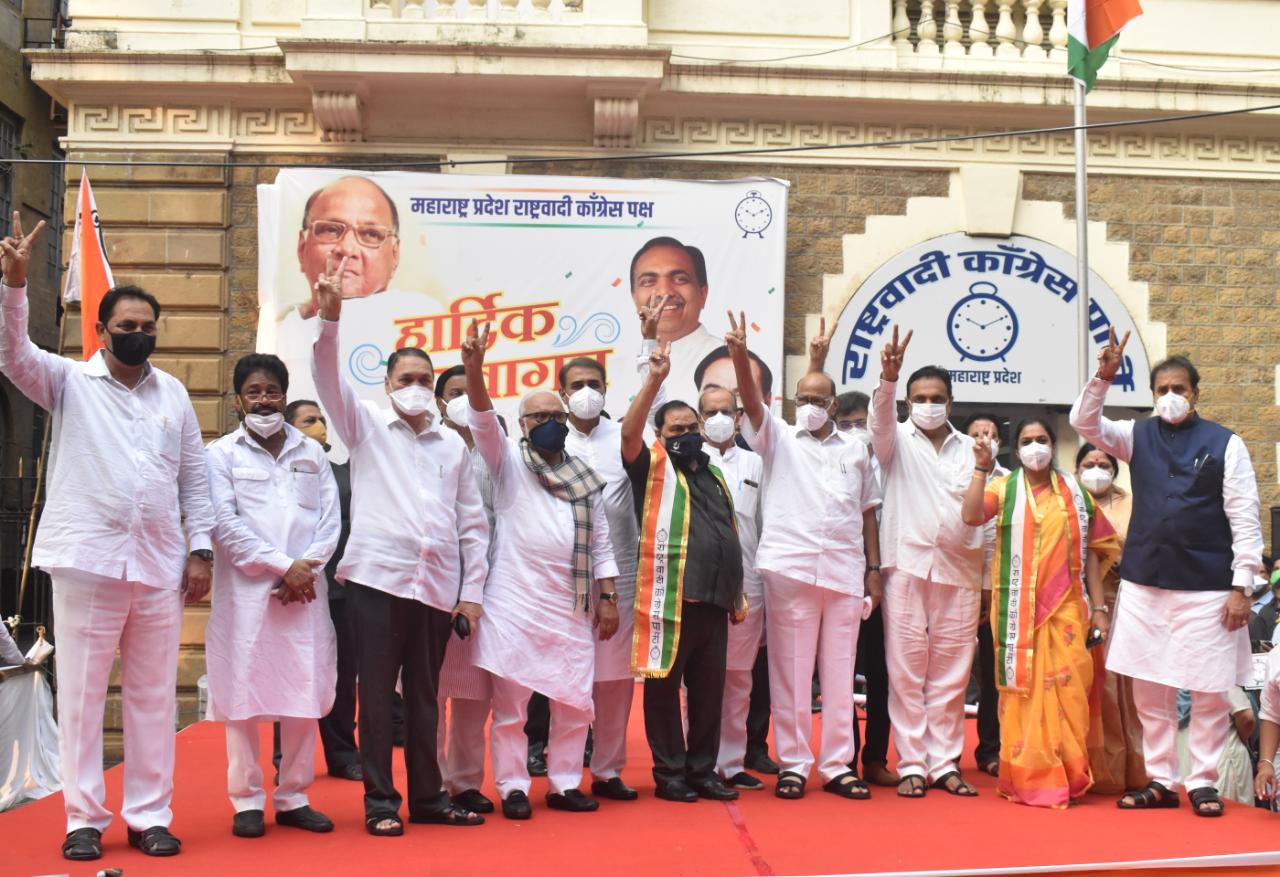 Sulking since his unceremonious exit from the Devendra Fadnavis-led ministry in 2016 over land grab allegations, Khadse (68) on Wednesday quit the BJP. The same day, state NCP chief Jayant Patil announced he would be joining the Pawar-led party.

I welcome Eknath Khadse ji, an astute politician & an influential leader from Maharashtra into the @NCPspeaks family. His vast experience in politics will definitely strengthen the party furthermore and together we will work with the common vision of a progressive #Maharashtra. pic.twitter.com/Bxr3al2Mxk

NCP is part of the ruling alliance in the state along with Shiv Sena and Congress, whose Maha Vikas Aghadi (MVA) government assumed office 11 months ago.

Khadse, former Maharashtra Revenue Minister and also an ex-Leader of Opposition in state Assembly, was inducted into the NCP at the partys head office here.

The leader, who flew in here on Thursday from his native Jalgaon district in north Maharashtra, was in political wilderness during the last four years, though he quit the BJP only two days ago.

Khadse’s formal entry into NCP, scheduled at 2 pm, was delayed by over an hour as Pawar was in a meeting with party minister Jitendra Awhad.

Jayant Patil welcomed Khadse in the party, by offering him a scarf.

Speaking to reporters on Wednesday, Khadse had blamed Fadnavis for “trying to destroy his life” and political career, over three decades of it spent in strengthening the BJP in Maharashtra.

Responding to the charges levelled by Khadse against him, Fadnavis (50) had said his former BJP colleague was speaking “half truth”, adding Khadse had painted him a villain while making the allegations against him.