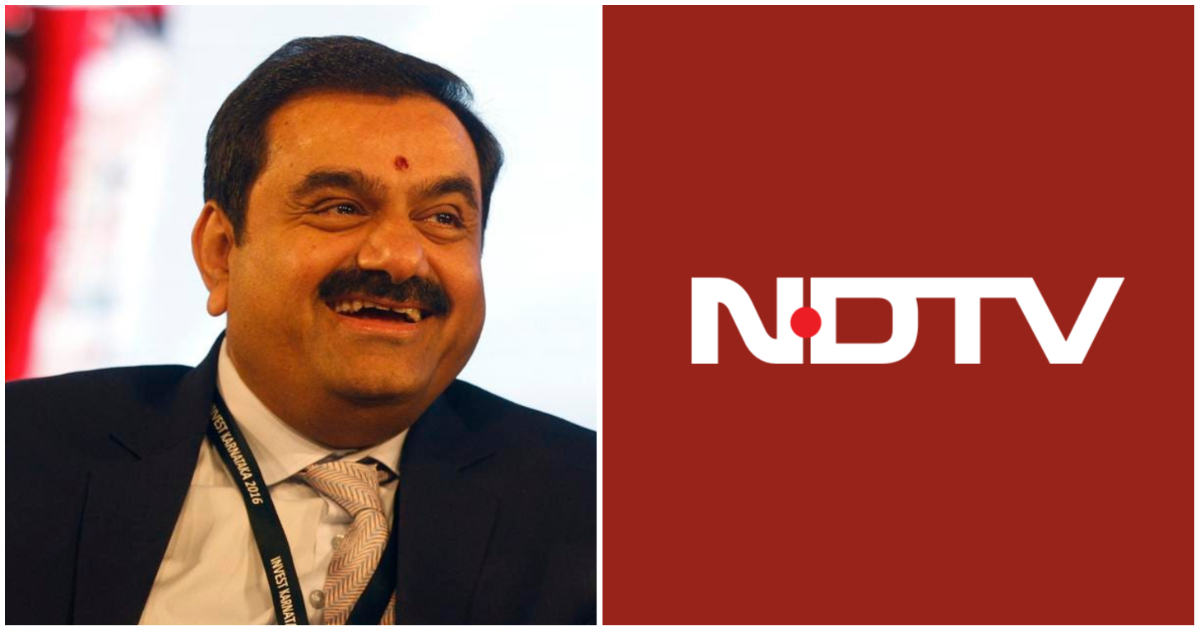 NEW DELHI: Adani Group, which missed the date for the launch of an open offer to buy an additional 26 per cent stake in NDTV, on Wednesday said it is committed to completing the process and has asked SEBI to provide comments on its draft open offer letter.

The conglomerate, run by India’s richest man Gautam Adani, in August acquired a little-known company that lent over Rs 400 crore to NDTV’s founders more than a decade ago in exchange for warrants that allowed the company to acquire a stake of 29.18 per cent in the news group at any time.

Post that, Vishvapradhan Commercial Pvt Ltd (VCPL) – the firm that Adani group bought out – announced that it would on October 17 launch an open offer to buy an additional 26 per cent stake from minority shareholdres of NDTV.

In a stock exchange filing, Adani Enterprises Ltd said VCPL has urged SEBI “to provide its observations on the Draft Letter of Offer filed in relation to the Open Offer, in accordance with the SEBI (SAST) Regulations.”

VCPL along with AMG Media Networks and Adani Enterprises Ltd had proposed to acquire an additional 26 per cent or 1.67 crore equity shares at an offer price of Rs 294 per share.

“The decision to acquire NDTV was arrived at in furtherance of the Adani Group’s objective to set up a credible next generation media platform with emphasis on digital and broadcast segments, and that NDTV is a suitable broadcast and digital platform to deliver on this vision,” the filing said.

The open offer was supposed to launch on October 17, as per the advertisement by JM Financial, the firm which is managing it on behalf of Adani.

“While the Underlying Transaction has not been consummated due to the stance being taken by RRPR (the promoter of NDTV), VCPL is committed to its vision and intends to proceed with the open offer in accordance with the provisions of the SEBI (Substantial Acquisition of Shares and Takeover) Regulations, 2011 (SEBI (SAST) Regulations), which require that the Open Offer be completed regardless of whether the Underlying Transaction has been consummated”.

The filing said JM Financial addressed the letter to the Securities and Exchange Board of India (SEBI) on October 19, 2022, on behalf of VCPL. The open offer would tentatively close on November 1, JM Financial, the firm which was managing the offer had informed earlier.

However, this was contested by the NDTV’s founder promoters asserting that the deal cannot go ahead without Sebi’s nod as well as that of the Income Tax Department.

Adani group had previously rejected claims that the major stake sale by NDTV founders would require clearance from tax authorities.

The promoters of NDTV had claimed that they were completely unaware of the takeover and it was done without their consent.