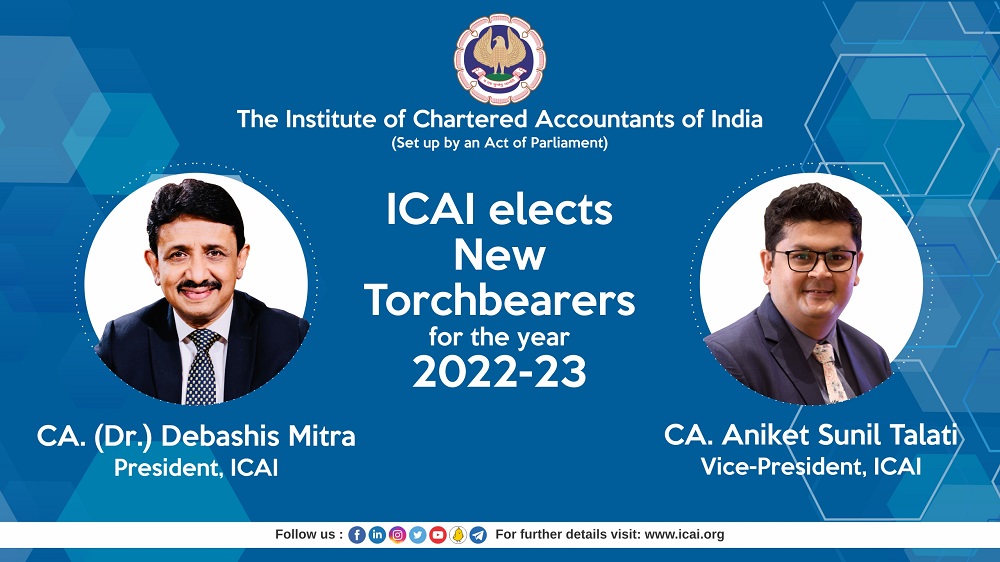 NEW DELHI: Institute of Chartered Accountants of India (ICAI) on Saturday said Debashis Mitra has been elected as its President for the 2022-23 term.

Aniket Sunil Talati has been elected as Vice President of the institute, which has more than 340,000 members and over 700,000 students, according to a release.

They took charge on Saturday.

Mitra, who is serving his third term in ICAI Council, has been in the accounting profession for more than 34 years. Apart from being a Chartered Accountant, he is also a Cost Accountant and a Company Secretary.

He holds a master’s degree in commerce and is also a law graduate as well as a qualified Information Systems Auditor.

“With keen interest in academic research, he is a PhD on the topic ‘A Critical Study of Select Indian GAAP, US GAAP & IAS / IFRS’,” the release said.

Among other positions, he has served as Chairman of Financial Reporting Review Board (FRRB), Vice Chairman of CSR Committee and Convenor of Digital Re-Engineering & Learning Directorate of ICAI. He was also Director of ICAI Accounting Research Foundation (ICAI ARF).

ICAI is the world’s second largest accounting body, as per the release.