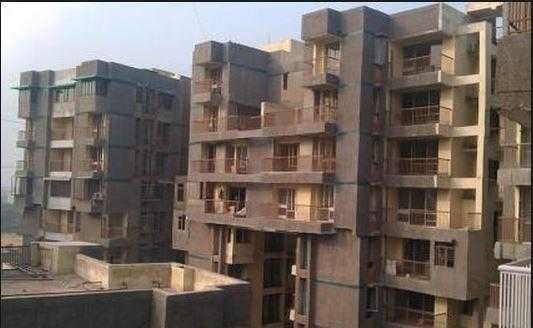 NEW DELHI:The Delhi government will undertake construction of 89,400 flats for economically weaker sections (EWS) and slum dwellers by 2025, according to a statement.

The decision was taken in a meeting of the Delhi Urban Shelter Improvement Board(DUSIB) on Friday and it was attended by Chief Minister Arvind Kejriwal.

“We have to provide shelter to every poor in Delhi and the project should be completed within its due time line,” Kejriwal said in the meeting.

It said a detailed rehabilitation and construction plan, including appointment of architect consultants, is being prepared by the government.

“The ‘Jahan Jhuggi Wahin Makaan’ policy is the flagship policy of the Delhi government. We have to ensure that the construction of the EWS (economically weaker section) flats for in-situ rehabilitation of people should be completed in its due time line. This has to be ensured so that we can provide shelter to every poor in Delhi,” the chief minister said.

Out of the 221 acres of land available with the DUSIB, at present 115 acres of land is being considered for construction of EWS houses. The construction project will also be carried out on the vacant land from where people have been shifted from, said DUSIB Member Bipin Rai.

The architect consultants for the project will be appointed in the next two months, he said.

Rai said that the 89,400 houses will be constructed in three phases.

The houses will be multi-storeyed, and five separate tenders will be floated for each of 8,000 houses, Rai said.

The time frame for the construction of houses in the first phase is 24 months, with a construction cost of Rs 3,312 crores for 41,400 flats, Rs eight lakh per flat, he said.