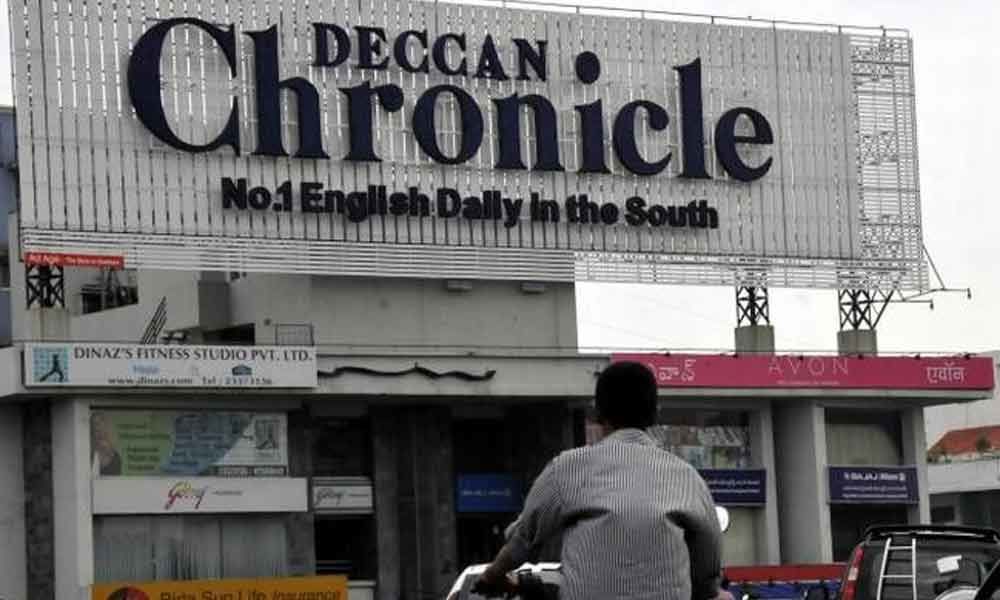 NEW DELHI: The Enforcement Directorate (ED) has attached properties to the tune of Rs 122 crore of Deccan Chronicle Holdings Limited (DCHL) and two of its former promoters, T. Venkatram Reddy and T. Vinayakarvi Reddy, in connection with its probe into the Rs 8,180 crore bank loan fraud case.

The ED in a statement said that the agency has attached immovable assets totalling to Rs 122.15 crore under the Prevention of Money Laundering Act (PMLA) in a loan fraud case.

It said the attached assets belonged to DCHL and Reddy brothers and that of a benami company floated by them.

The attached assets are not covered under the NCLT process.

The ED had registered a case in 2015 against DCHL and its management on the basis of six FIRs and corresponding chargesheets filed by the CBI, BS&FC, Bengaluru.

It said that another chargesheet was filed by the CCS Police and a prosecution has also been filed by Sebi against DCHL.

The total loan fraud committed by DCHL and its promoters is estimated to be around Rs 8,180 crore.

The agency claimed that DCHL is currently under the CIRP process in which a resolution plan for only Rs 400 crore has been approved by the NCLT.

“Investigation revealed that the three promoters of DCHL, namely P.K. Iyer, T. Venkatram Reddy and T. Vinayakravi Reddy, hatched a well-planned conspiracy and manipulated the balance sheets of the company by inflating the profits-advertisement revenue and grossly under-stating the financial liabilities of the company to paint a rosy picture for years to cheat the banks and its shareholders,” it said.

The ED alleged that the balance sheets of the company were fudged and loans taken from one bank were hidden from other financial institutions.

“Over the years, DCHL availed credit facilities to the tune of more than Rs 15,000 crore,” it said, adding, “Money trail investigation revealed that most of the loans were cyclically rotated into group companies and were diverted to pay back older loans.”

The ED claimed that loans taken for working capital requirements and for business needs of DCHL were diverted to extravagant projects and the diverted funds were invested into new projects without the consent of the banks and were ultimately shown as losses.

“Substantial amounts out of the loans were diverted into subsidiaries which have not done any legitimate business and also into the proprietary concerns of the two ex-promoters without any proper accounting,” it alleged.

The ED accused the DCHL promoters of receiving hefty kickbacks from the investments made by DCHL into Odyssey at highly inflated values.

“The promoters ran the public listed company DCHL like their proprietary fiefdom, throwing all norms of corporate governance to wind. There were many suspicious donations to various trusts,” it said.

The ED also said that despite the initiation of the CIRP process, the accused promoters of DCHL and their close family members continue to yield indirect control over the print media and are working in senior capacities drawing large monthly salaries.

“ED has seized high-end vehicles which were registered in the name of DCHL from their possession. The promoters were also found to be re-purchasing the mortgaged assets at discounted rates through private treaties by using concealed proceeds of crime through a front company,” it said.

“The net amount of loss caused to the banks/NBFCs/financial institutions is estimated at Rs 8,180 crore, including the unpaid principal loan amount of approximately Rs 3,000 crore.

This is the second attachment in this case. So far assets totalling to Rs 264.56 crore have been attached by the ED.