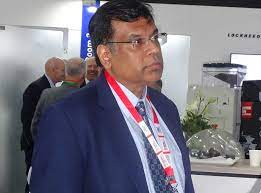 WASHINGTON: There is great merit in expanding the partnership between India and the United States towards a knowledge-based economy, a top Indian American corporate leader said on Tuesday, asserting that a successful collaboration would result in a number of joint efforts in matters of mutual interest.

With India and US demographics, industrial might, and technological entrepreneurism, the two nations form a natural partnership, Vivek Lall, chief executive of the General Atomics Global Corporation, told students at the Harvard Kennedy School in Cambridge, Massachusetts.

University’s India Caucus, a student organisation that aims to promote India-centric discourse, had organised an interactive session on defence, innovation, and technology with Lall. He was recently honoured with the Lifetime Achievement Award by US President Joe Biden.

Given the shared values of India and the United States, this relationship enjoys strong bipartisan support in both the countries, and there is great merit in expanding the partnership framework towards a knowledge-based economy through formal collaboration in high-technology areas of common interest, Lall said.

Lall said he believes that moving forward in three areas in which international collaboration has long proven successful — national defence, energy and space — were three fields in which the countries are already working together.

Since progress in such high-technology areas is strongly correlated to overall economic prosperity, properly established cooperation should help keep the two countries at the forefront of the future international political, economic and social order. Successful collaboration in these areas is likely to spawn a number of joint IndiaUS efforts in other matters of mutual interest such as health, education, information technology, and climate change, Lall said.

Investment in research and development is only one aspect of an effective portfolio of policies to foster innovation spanning regulatory, taxation, and immigration matters as well as fiscal allocations, he said.

It underscores the need for continued and enhanced active involvement by the government in nurturing science and technology-based innovation in the public and private sector, and thereby also increasing employment in relatively well-paid high-technology industries in the country, Lall said.

Strengthening these assets is a wise public policy that will stimulate economic growth and contribute broadly to national prosperity in the coming years, he told the students.