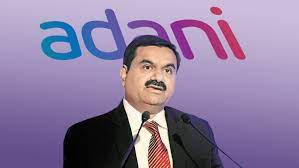 NEW DELHI: India produced 179 more super-rich people this year led by Adani Group’s Gautam Adani who amassed a whopping wealth of Rs 3.65 trillion or more than Rs 1,000 crore daily, and the number of such individuals has crossed the 1,000-mark.

Geographically, five more cities are home to super-rich taking the total number of super-rich cities to 119 and these 1,007 individuals cumulatively added 51 per cent more wealth in 2021. The average wealth increased by 25 per cent this year that also saw the livelihoods of thousands of people being hit by the coronavirus pandemic.

The tenth Hurun India rich list has Mukesh Ambani topping it for the 10th year in a row with Rs 7.18 trillion wealth — only 9 per cent up over 2020 — followed by the Adani family with Rs 5.05 trillion, up 261 per cent from Rs 1.40 trillion, making him also the second richest Asian, earning Rs 1,000 crore a day over the last year or Rs 3.65 trillion crore in the year.