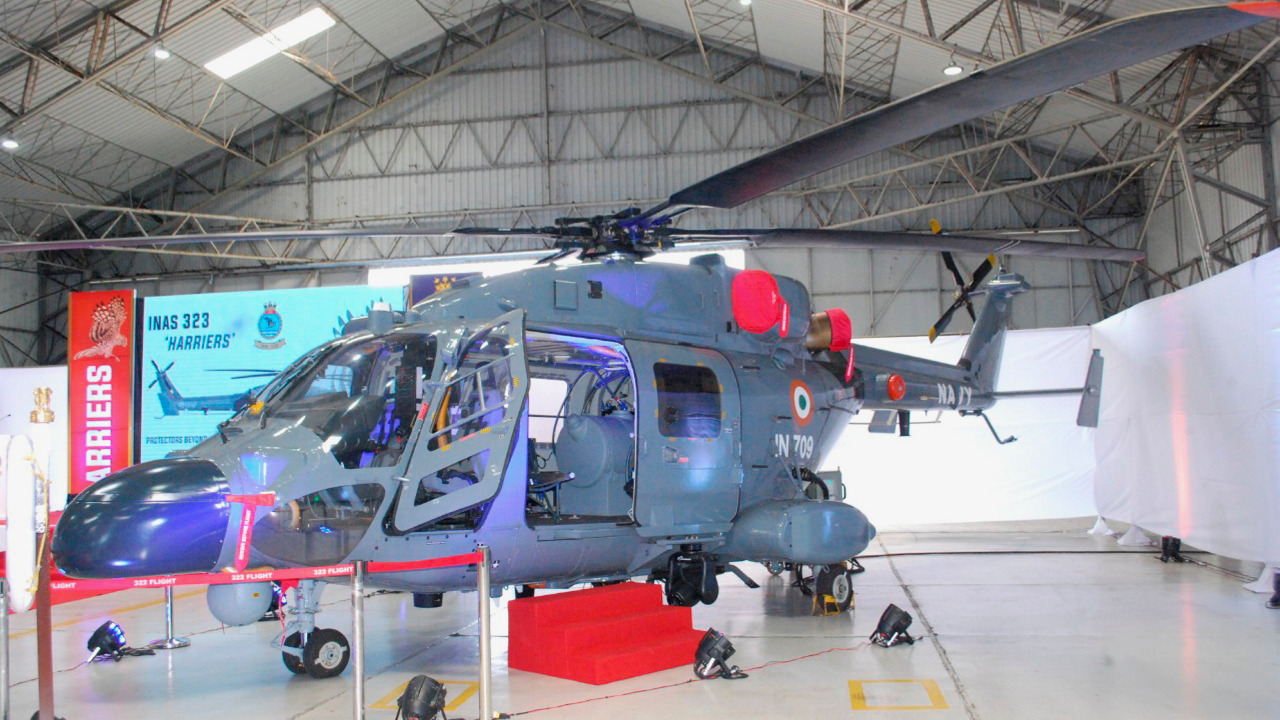 NEW DELHI: The defence ministry on Wednesday approved the procurement of military platforms and hardware worth Rs 13,165 crore that included 25 indigenously-developed ALH Mark-III helicopters for the Indian Army to boost its combat capabilities.

The cost of acquiring the advanced light helicopters from the state-run Hindustan Aeronautics Ltd (HAL) has been estimated at Rs 3,850 crore while a batch of rocket ammunition will cost Rs 4,962 crore, the defence ministry said.

The approval for procurement of the helicopters for the Army came six days after the ministry firmed up another big-ticket deal under which 118 Main Battle Tanks (MBTs) Arjun are being acquired for the force for Rs 7,523 crore.

The indigenously designed and developed ALH Mark-III is a twin-engine, multi-role, multi-mission new generation helicopter in the 5.5-ton weight category.

The procurement proposals were approved at a meeting of the Defence Acquisition Council (DAC) that was chaired by Defence Minister Rajnath Singh.

Out of the total procurements, equipment and platforms worth Rs 11,486 crore will be sourced from domestic entities, the ministry said.

“The DAC accorded Acceptance of Necessity (AoN) for capital acquisitions proposals for modernisation and operational needs of the Indian Armed Forces amounting to approximately Rs 13,165 crore.

“Of the total amount approved, procurement worth Rs 11,486 crore (87 percent) is from the domestic sources,” the ministry said in a statement.

The proposals approved by the DAC also included procurement of guided munition. The DAC is the highest decision-making body of the defence ministry on procurement.

“Looking into the need of the Indian Army for an Advanced Light Helicopters (ALH) Squadron, to improve its integral lift capability ensuring its operational preparedness, the DAC accorded approval of procurement of 25 ALH Mark III helicopters from the HAL,” the ministry said.

The Indian Army has been pressing for procurement of the ALH to strengthen its lift capabilities.

“Giving a boost to indigenous design and development of ammunition, the DAC also accorded approval for procurement of Terminally Guided Munition (TGM) and HEPF/RHE Rocket ammunition under Buy (Indian-IDDM) category at an approximate cost of Rs 4,962 crore from domestic sources,” the ministry said.

Other proposals worth Rs 4,353 crore were also approved by the DAC.

In addition, the DAC also approved a few amendments to the DAP (Defence Acquisition Procedure) 2020 as part of “business process re-engineering to ensure further ease of doing business for the industry as well as measures to enhance procurement efficiency and reducing timelines”, the ministry said.

The approval to the procurement proposals came five days after the ministry sealed a nearly Rs 21,000 crore deal with Airbus Defence and Space to procure 56 C-295 transport aircraft to replace the ageing Avro-748 planes of the IAF.

Under the agreement, Airbus will deliver the first 16 aircraft in ”fly-away condition from its final assembly line in Seville, Spain, within four years.

The subsequent 40 aircraft will be manufactured and assembled by Tata Advanced Systems (TASL) in India under a partnership between the two companies and all the deliveries will be made by 2031.