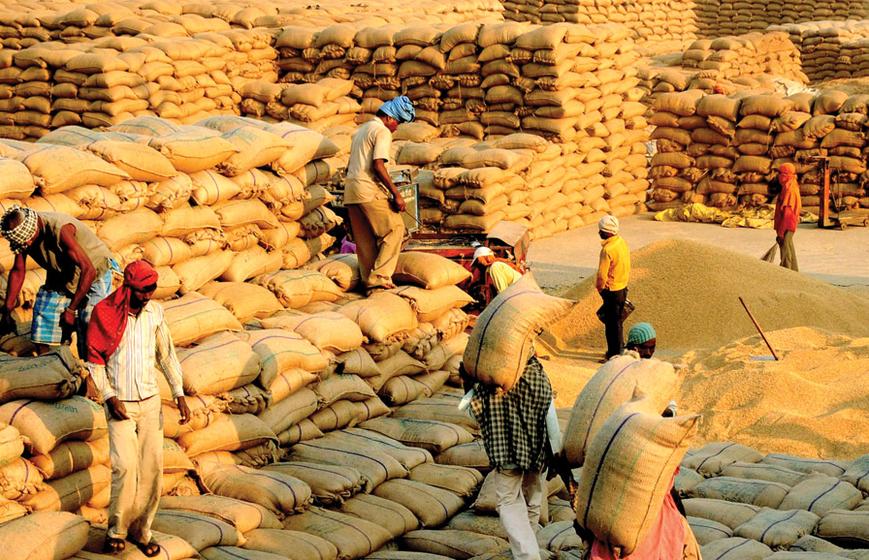 NEW DELHI:The government of India on Wednesday said it has procured about 44,809 tonnes of paddy worth Rs 84.60 crore in the past three days, at the minimum support price (MSP) from Punjab and Haryana.

The procurement data, which is released on a daily basis, sends a message to farmers who are protesting against new farm laws that the government was continuing with the MSP procurement process.

Farmers of Punjab and Haryana and several other states are protesting against the new farm laws, which they feel will lead to procurement in the hands of corporates and the end of MSP.

In a statement, the Union agriculture ministry said the arrival of kharif crops has just begun and the MSP operation is in full swing.

About 41,303 tonnes and 3,506 tonnes of paddy from Punjab and Haryana, respectively, have been procured at the MSP rate of Rs 1,888 per quintal in the past three days till September 29, it said.

Paddy procurement commenced from September 26 in Punjab and Haryana, while in the remaining states on September 28.

For the current year, the government has fixed the MSP of paddy (common grade) at Rs 1,868 per quintal, while that of A-grade variety at Rs 1,888 per quintal.

That apart, under the Price Support Scheme (PSS), the government through its nodal agencies has procured 46.35 tonnes of moong at Rs 33 lakh MSP value so far, benefitting 48 farmers in Tamil Nadu.

Similarly, 5,089 tonnes of copra (the perennial crop) having an MSP value of Rs 52.40 crore has been procured, benefitting 3,961 farmers in Karnataka and Tamil Nadu in the past three days.

The ministry said it has given nod for procurement of 14.09 lakh tonnes of kharif pulses and oilseeds from Tamil Nadu, Karnataka, Maharashtra, Telangana and Haryana. For other states and UTs, approval will be accorded on receipt of proposal.

Cotton procurement for the 2020-21 season will commence from October 1.