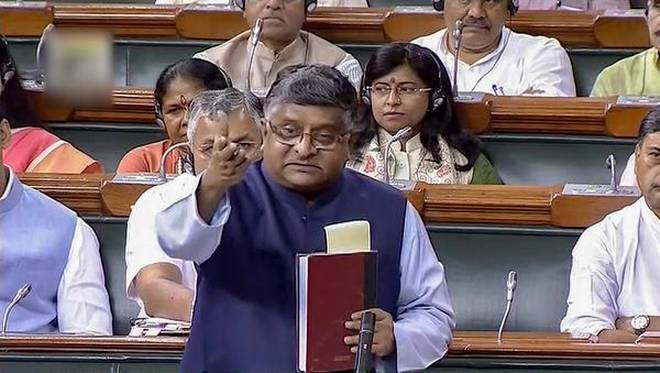 NEW DELHI: The government of India is committed to making the services of state-owned telecom companies BSNL and MTNL professional and it is working on evolving a package in this regard, IT Minister Ravi Shankar Prasad told the Rajya Sabha Thursday.

Replying to supplementaries during the Question Hour, the minister said the BSNL has 50 per cent of all fixed line broadband connections in the country but there is a need for more.

“I am myself involved in making them competitive and professional and am trying remove the shortcomings. I am considering a package for the BSNL.

“While there will be full support from the government, be it BSNL or MTNL, I would expect their employees and officers to bring in professionalism for making the strategic PSU more productive,” he told the House.

He said the government is working on a proper package for improvement of state-owned telecom companies. The total number of employees of BSNL is 1,65,179 and the total employees’ cost is 75.06 per cent of the total income of the company.

“Therefore, the PSUs have certain other issues. But what is happening, Sir, is the coming up of new companies has also led to India having the cheapest mobile rate, cheapest data and I am very happy to convey to this House, Sir, in data consumption, India has become the top most country in the world,” he said.

The minister explained that when the auction of spectrum was taking place, a view was there that if a government PSU is in the field, and if the government is participating in the auction, it may not be the right message.

He also admitted that there was a need to introduce 4G spectrum in BSNL.