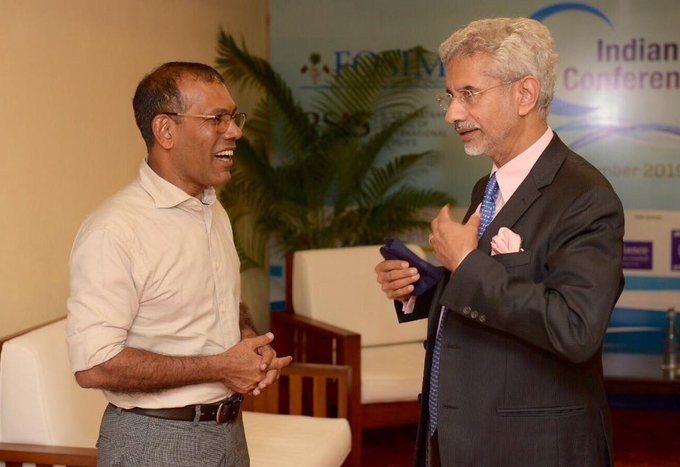 Jaishankar, who is in the Maldives to attend the 4th edition of the Indian Ocean Conference (IOC), met Shahid at Paradise Island Resort. This is his first visit to the country since assuming the office in May.

“This is the first MLAT signed by the Maldives. Through the Treaty both countries agreed to extend assistance and support in investigating and prosecuting criminal matters,” the Maldives Foreign Ministry said.

In the context of transnational crime and its linkages to terrorism, the treaty will provide a broad legal framework for bilateral cooperation with Maldives in investigation and prosecution of crime as well as in tracing, restraint and confiscation of proceeds, and instruments of crime as well as funds meant to finance terrorist acts.

An MLAT is an agreement between two or more countries for the purpose of gathering and exchanging information in an effort to enforce public laws or criminal laws.

“Both Ministers expressed their commitment to continuing the high level of engagement, within the framework set out during the summit meetings between President Ibrahim Mohamed Solih and Prime Minister Narendra Modi in December 2018, and July 2019, respectively,” the statement added.

Jaishankar will also call on President Solih and the Speaker of Parliament Mohamed Nasheed.