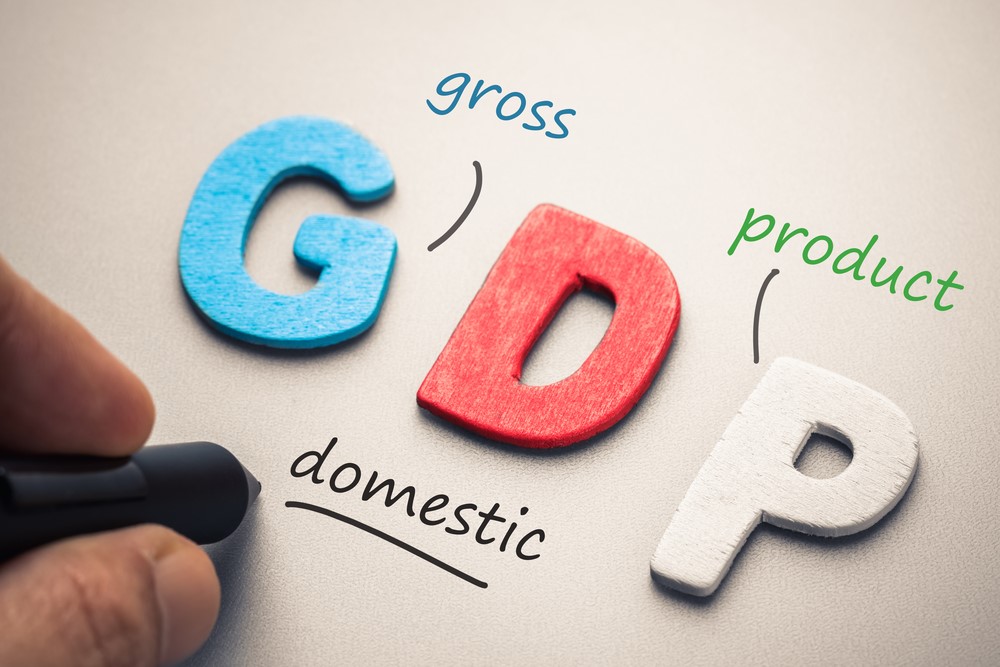 NEW DELHI: India’s economy grew by 13.5% in the April-June period this fiscal — the fastest in the last four quarters — on account of better performance by the agriculture and services sectors, official data showed on Wednesday.

India remained the fastest growing major economy as China registered economic growth of 0.4% in the April-June 2022 quarter. The Indian economy grew by 20.1% in April-June 2021-22, as per the data released by the National Statistical Office (NSO).

The real GDP in absolute terms stood at Rs 27.03 trillion in the April-June quarter in 2020. It had contracted by 23.8% in the first quarter of 2020-21 on account of lockdown restrictions to curb the spread of coronavirus.

The electricity, gas, water supply and other utility services segment grew by 14.7% in the quarter compared to 13.8% a year ago.

GVA growth in the services sector — trade, hotel, transport, communication and services related to broadcasting — was 25.7% during the first quarter against 34.3%.

Financial, real estate and professional services grew by 9.2% in the first quarter over 2.3% earlier.

Public administration, defence and other services posted 26.3% growth against 6.2% in the first quarter of last fiscal. 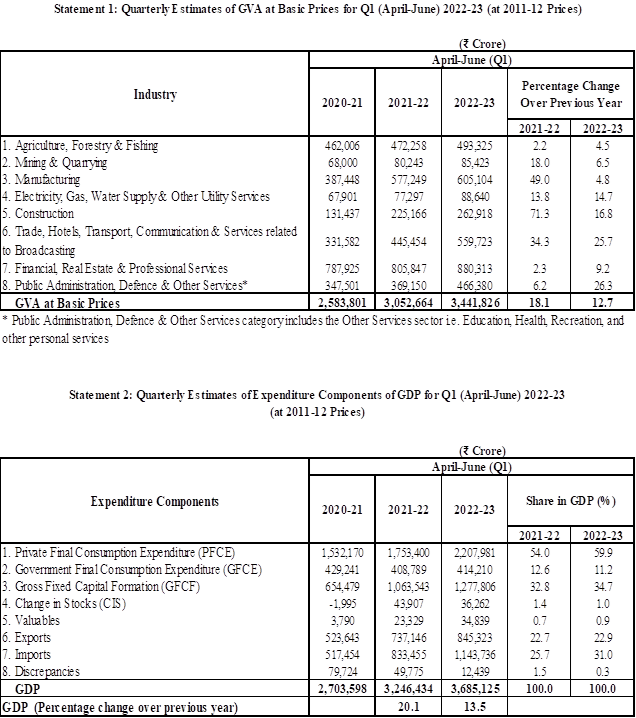 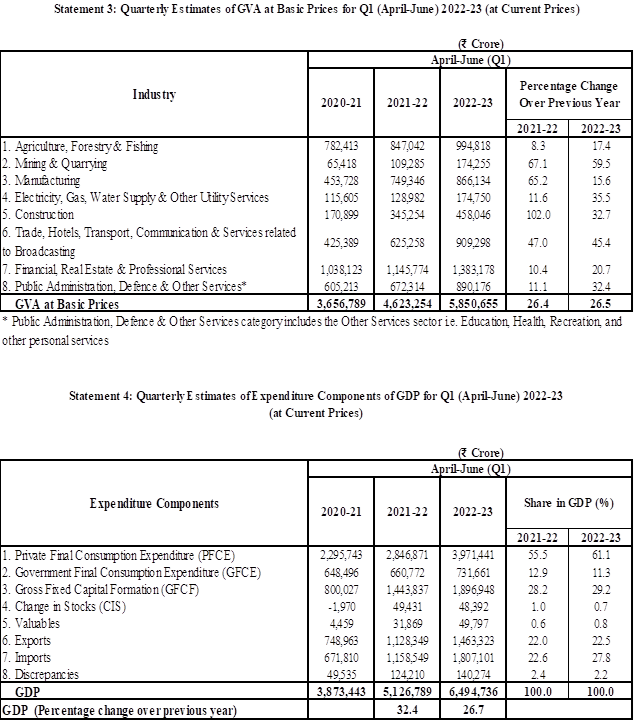 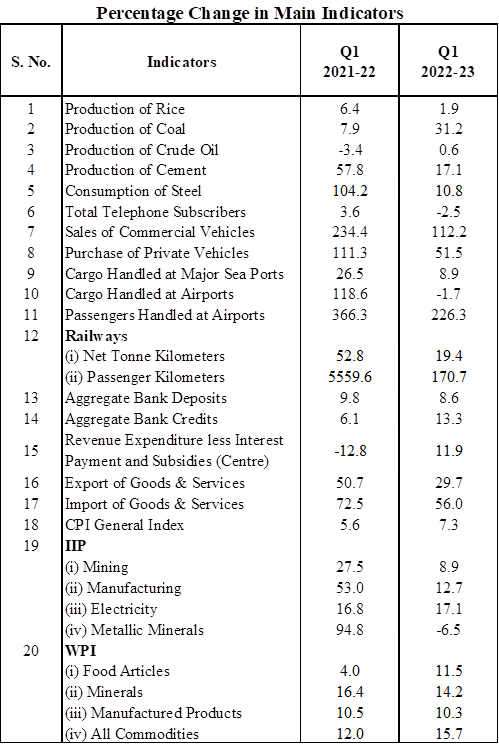 Source: With Press Trust of India