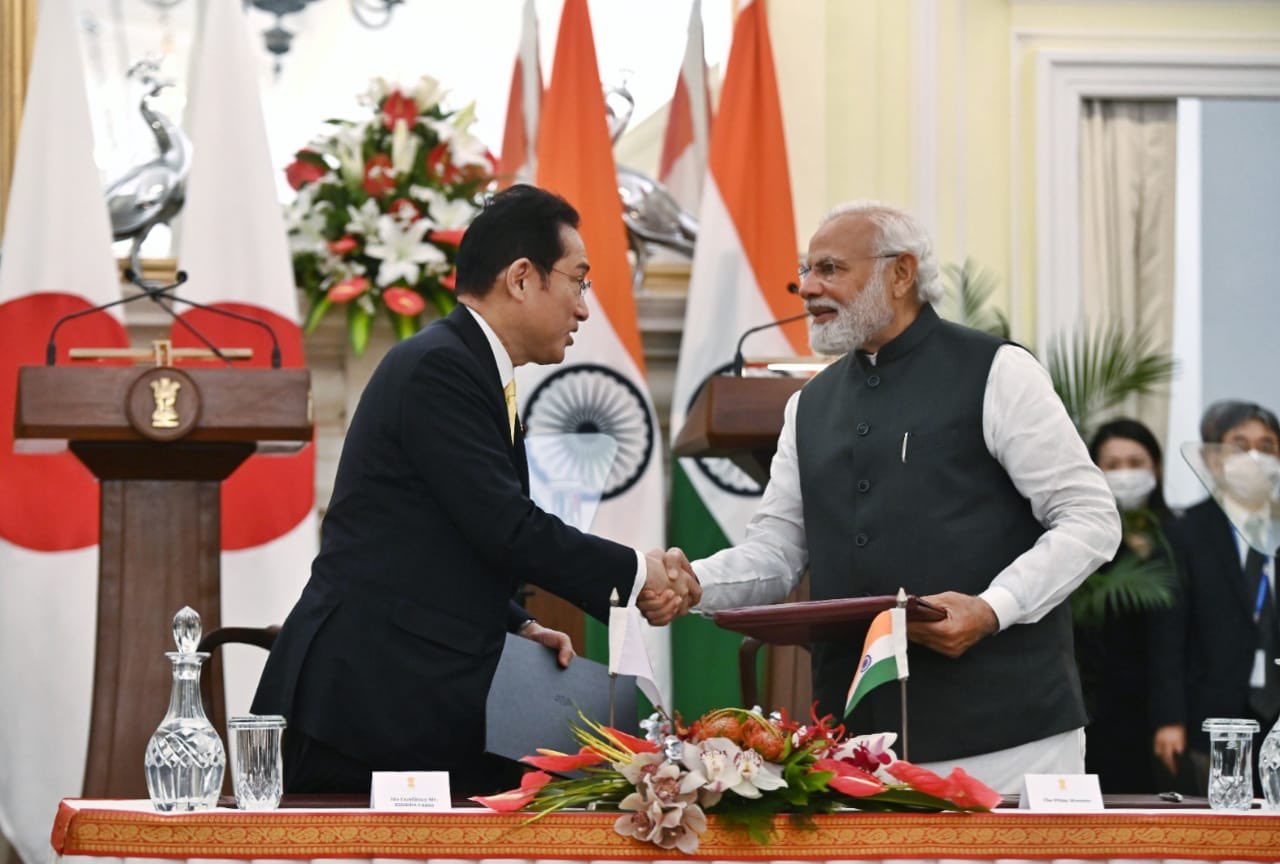 NEW DELHI: In a big-ticket move, Japanese Prime Minister Fumio Kishida on Saturday announced an investment target of five trillion yen (Rs 3,20,000 crore) in India over the next five years after holding talks with his Indian counterpart Narendra Modi on a wide range of issues, including the Ukraine crisis.

The two sides inked six agreements providing for the expansion of bilateral cooperation in a range of areas, besides firming up a separate clean energy partnership.

The talks with PM @kishida230 were extensive and productive. He has always been a great friend of India’s. We took stock of the progress in our bilateral relations over the last few years. We also discussed various regional and global issues. pic.twitter.com/FaP3xP5o9u

At a joint media briefing, Modi said deepening India-Japan ties will not only benefit the two countries but will help in encouraging peace, prosperity and stability in the Indo-Pacific region.

In his comments, Kishida said the situation in Ukraine figured in the talks and described the Russian attack on that country as a serious development that has shaken the roots of international order.

“We discussed the situation in Ukraine. The Russian attack on Ukraine is a very serious matter that has shaken the basis of the international system. We need to approach the matter with a strong resolve,” Kishida said.

“I told Modi that one-sided efforts to change status quo by force can’t be allowed in any sector. We both agreed on the need for a peaceful solution to all conflicts on basis of international law,” he added.

Referring to bilateral trade ties, he said Japan has an investment target of five trillion yen (Rs 3,20,000 crore) in India over the next five years.

“We have announced that in the next five years, we will invest five trillion yen in India and we will further strengthen our cooperation,” Kishida said.

The announcement follows the investment promotion partnership of 2014 when both sides had agreed for Japanese investment of 3.5 trillion yen from 2014 to 2019.

Foreign Secretary Harsh Vardhan Shringla said at a media briefing that Modi and Kishida have “substantive discussions and outcomes” commensurate with the depths and expanse of India’s engagement with Japan.

In his comments, Modi also said that India and Japan understand the importance of a secure, trusted, predictable and stable energy supply.

The two sides also vowed to expand cooperation in the Indo-Pacific region.

The Japanese prime minister said there is a need to work for a new world order, pitched for reforms of the UN Security Council and called for making the world free of nuclear weapons.

He said both sides will increase defence cooperation and take forward military exercises, adding the next ‘2+2’ foreign and defence ministerial dialogue will be held soon.

Kishida said cooperation in the energy sector will expand.

The Japanese prime minister, accompanied by a high-level delegation, arrived here at around 3:40 pm on his first visit to India as the head of the Japanese government.

He will depart for Cambodia on Sunday morning.