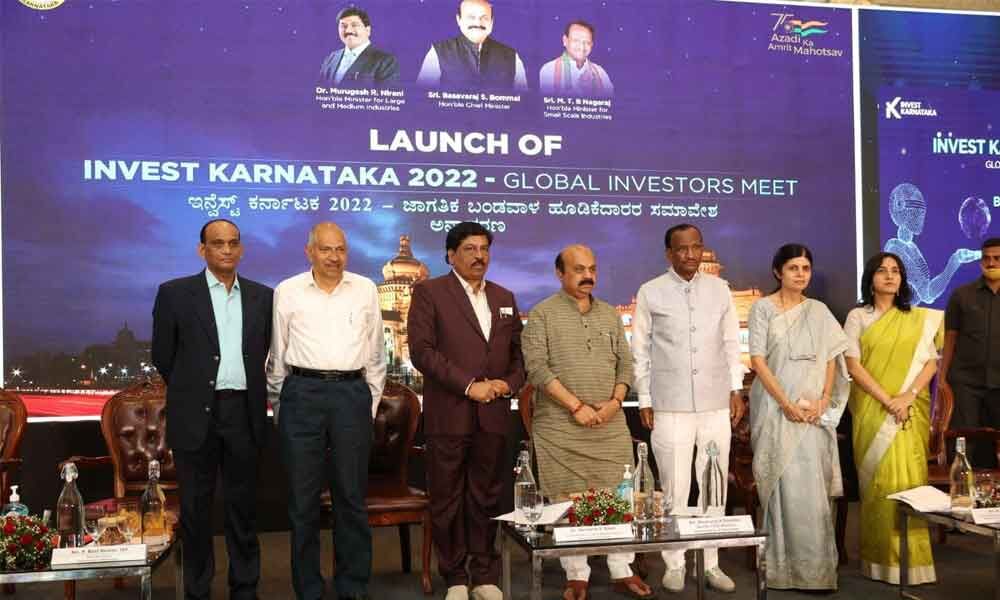 The global investors meet is scheduled on November 2-4 after a hiatus of six years.

“The state is expecting over Rs 5 lakh crore in investments in the Global Investors Meet 2022,” Nirani said at the launch of a roadshow in the national capital to promote Karnataka as an investment destination.

The minister said the state government has already earmarked a total of 50,000 acres of land for investors keen to invest in the state, of which, 20,000 acres are in Bengaluru and 30,000 acres in other parts of Karnataka.

Karnataka has emerged as a top investment destination in the country for the last two years in a row as the state offers an excellent industrial ecosystem, world-class infrastructure, and industry-friendly policies, he said.

The state attracted Rs 62,085 crore investments last fiscal and became the recipient of 38 per cent of the country’s total FDIs (Foreign Direct Investments), he added.

Speaking at the event, Union Minister of State for Chemicals, Fertilizers and Renewable Energy Bhagwanth Khuba, who hails from Karnataka, said: “A strong fiscal and stable policy is key for investment and it is clearly there in the state.”