US Treasury Secretary Janet Yellen to travel to India 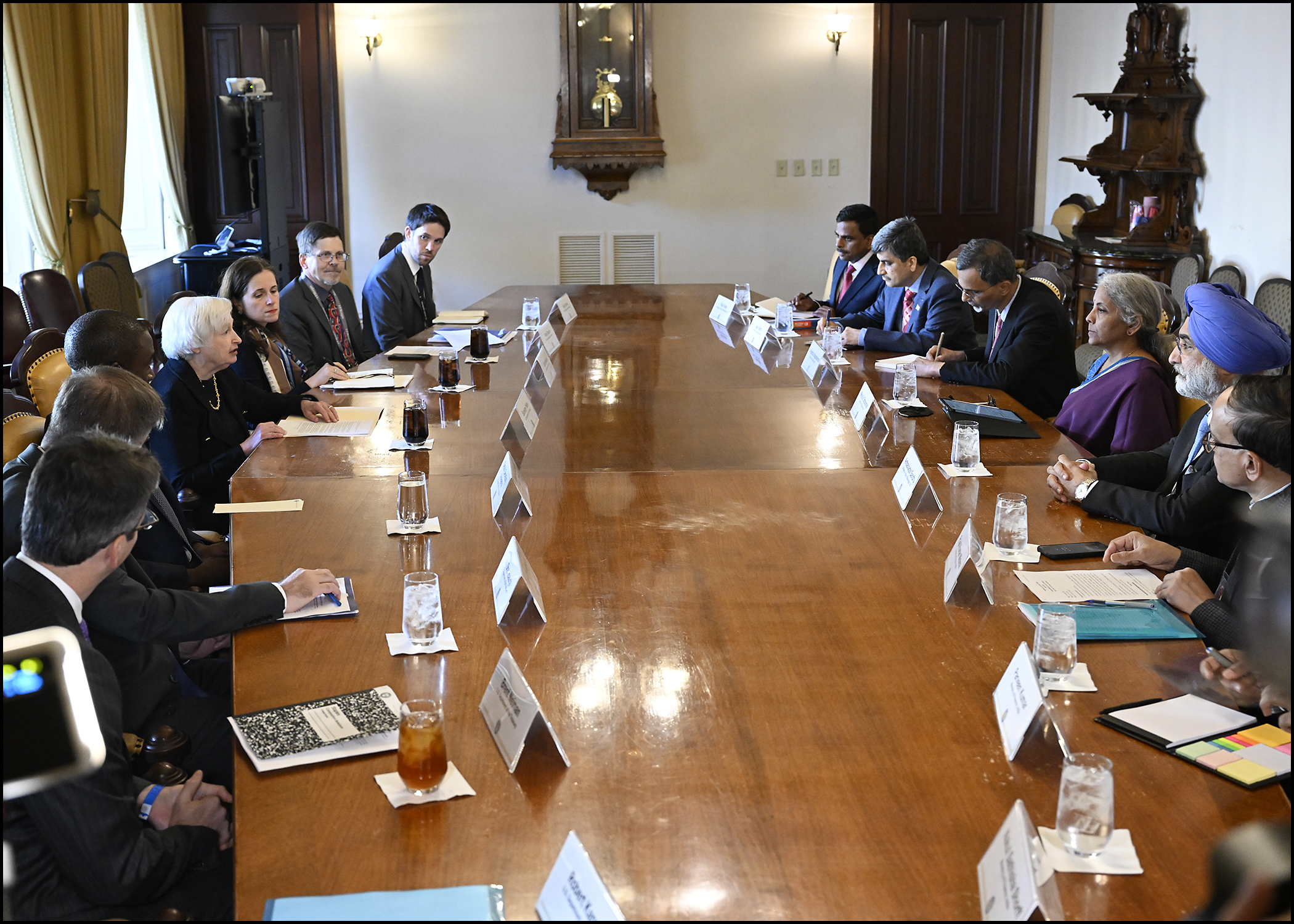 US Treasury Secretary Janet Yellen to travel to India

WASHINGTON: US Treasury Secretary Janet Yellen here on Tuesday announced to travel to India next month to attend the ninth edition of US India Economic and Financial Partnership, asserting that the US-India relationship is critical to addressing the world’s most important global economic challenges.

I was pleased to welcome Minister Sitharaman back to @USTreasury today to discuss deepening economic bonds between the U.S. and India, avoiding costly supply chain disruptions, and addressing global shocks. pic.twitter.com/nAzegx9SUd

I am glad to announce today that in November ahead of the G20 meetings, I will take my first trip to India as Treasury Secretary, to attend the US-India Economic and Financial Partnership, our ninth partnership meeting, Yellen told reporters at the top of her bilateral meeting with Union Finance Minister Nirmala Sitharaman.

This partnership, she said, not only is vital to their core economic interests but also demonstrates to their citizens and the world that democracies deliver.

It illustrates the close bonds between our two countries, from the Quad partnership to our strong bilateral economic relationship, and the cultural ties from the Indian diaspora in the US, she said.

Sitharaman is on a five-day official visit to Washington DC to attend the annual meetings of the International Monetary Fund and the World Bank, on the sidelines of which she is holding a number of bilateral meetings.

The United States and India are both extremely important to the world economy, and we must continue to work together on the economic development and cooperation that has made our partnership so strong, Yellen said.

Observing that both India and the US also face shared headwinds stemming from the COVID-19 pandemic and Russia’s unjust war against Ukraine, Yellen said those global shocks have raised energy and food prices in both of our countries, and they’ve underscored the importance of the efforts both of our countries are undertaking to make the economies more resilient.

Giving an indication of the topics and issues to be discussed with Sitharaman, Yellen said she looks forward to discussing their efforts to strengthen the supply chains and invest in clean sources of energy in addition to steps that America is taking to keep global oil markets well-supplied in the near term.

That is particularly important given how high energy costs have affected consumers in both of our countries and in emerging markets globally, she said.

India’s assumption of the G20 presidency in December is also an opportunity for more concerted global cooperation. I look forward to discussing India’s priorities for their host year and how the US can best support you as you take on this important role, Yellen said.

The United States, she said, is also pleased that India is joining the Indo-Pacific Economic Framework.

Through the Framework, the United States and its partners will deepen their economic bonds, strengthen supply chains to avoid costly disruptions, and help develop the guiding standards and rules for technological innovation in the years and decades to come, she said.