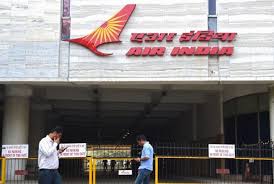 MUMBAI: Even as the government is yet to take a call on putting the 23-storeyed Air India building in the tony Nariman Point business hub of south Mumbai on the block, many PSUs such as LIC and GIC have evinced interest in the prime property, a senior airline official said on Friday.

It can be noted that LIC and GIC have their headquarters in the proximity to the Air India building here, which also happens to be the erstwhile headquarters of the national carrier.

“No decision has been taken so far on selling the Air India building. But some companies, majorly the public sector undertakings such as LIC and GIC have shown considerable interest in it. This is apart from JNPT,” the official said.

The national carrier had collected Rs 291 crore as lease rentals from the property between FY13 and January 2018.

The government had in June started discussions for sale of the iconic tower to Jawahar Lal Nehru Port Trust (JNPT) as part of Air India’s asset monetisation plans. It also came after the government’s efforts to partially privatise Air India failed to take off.

With over Rs 55,000 crore debt its its books, Air India management has been trying to pare burden by monetising non-core real estate properties.

“We expect the valuation of the property to go up after many companies showing interest in it. We will assess valuation and accordingly decide when to go for bids,” the official said.

The government had in May said that Air India has mopped up Rs 543.03 crore from monetisation of its assets in prime locations, such as Mumbai and Chennai.