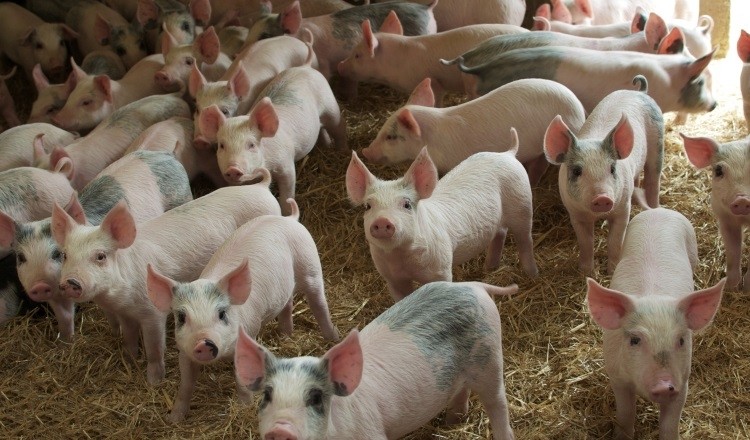 SHILLONG: Meghalaya Chief Minister Conrad K Sangma on Thursday launched a Rs 200 crore piggery project, the largest in the country, saying that it will benefit over 20,000 enterprises and augment farmers’ income.

Union Minister of State for Agriculture and Farmers Welfare, Kailash Choudhury, was present at the programme, according to an official statement released here.

“The Meghalaya State Piggery Mission, supported by the NCDC, will enable our state to achieve self-sufficiency in pork production, reduce our out-of-state import burden by nearly Rs 150 crore annually and improve the income of over 25,000 households,” Sangma said.

The Piggery Mission was launched with a focus on augmenting farmers’ income and attaining self-sufficiency in food and nutrition security, he said adding that the project would benefit over 20,000 enterprises in Meghalaya.

Farmers to be involved with the Piggery Mission will be provided interest-free loan.

“The interest will be paid by the state government.This is being done to encourage farmers to avail the loan,” the chief minister said.

Though pig rearing is traditionally practised in Meghalaya, pork has to be imported from Punjab as there is a demand-supply gap of around 1,000 metric tonne, officials sources said.

The total consumption of pork in the North East is 3.1 lakh metric tonne and the supply is only 1.2 metric tonne, Sangma had said last year.

During his address on Thursday, Sangma also thanked NCDC for supporting the Piggery Mission after partnering with the state for its Milk Mission last year.

NCDC is a statutory Corporation under the Ministry of Agriculture and Farmers Welfare which plans, promotes and finances various programmes related to agriculture, dairy, fishery, livestock and others.

The chief minister said that the state government has a vision to catapult Meghalaya into the top 10 Indian states in terms of per capita income by 2030.

“Keeping this objective in mind, the government has launched Restart Meghalaya Mission, that comprises a series of interventions to support farmers and entrepreneurs by enabling them to build growth-promoting basic infrastructure and services,” he added.

On the Independence Day this year, Sangma had launched Rs 14,515 crore Restart Meghalaya Mission to revive various developmental activities which have stalled because of the COVID-19 pandemic.

He also talked about Meghalaya’s diverse agro climate zones which enables the state to grow a range of high-value agriculture produces such as turmeric, honey, orange, strawberry and mushroom.