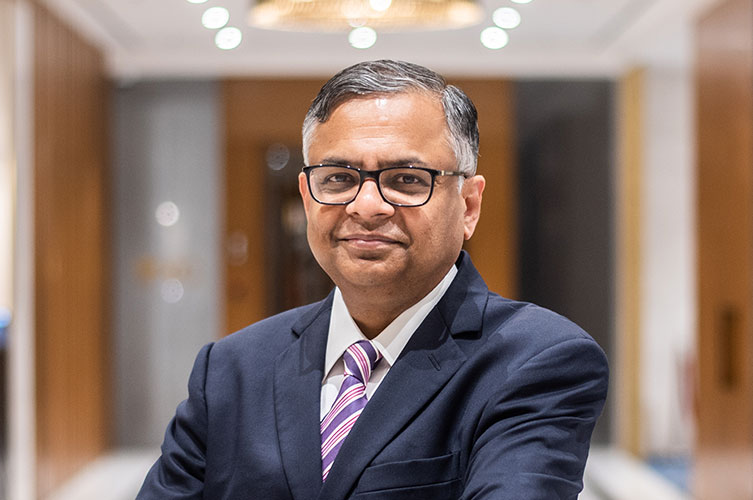 NEW DELHI: N Chandrasekaran was on Friday reappointment as the chairman of Tata Sons – the holding company of the salt-to-software Tata Group – for a second five-year term.

His reappointment was backed by Ratan Tata, chairman of Tata Trusts, the majority owners of Tata Sons.

Tata Sons board met on Friday to review the last five years and consider the reappointment of its Executive Chairman N Chandrasekaran, it said in a statement.

“Ratan. N. Tata who was a special invitee to this meeting expressed his satisfaction on the progress and performance of the Tata Group under the leadership of Chandrasekaran. He recommended his term be renewed for a further five-year period,” it said.

Chandra, as he is usually referred to, took over the reins of Tata Sons in 2017 at a time when the group faced a leadership crisis and a trust deficit after the ouster of his predecessor, Cyrus Mistry, by the board. Until then, Chandra, a trusted lieutenant of the Tatas, had helmed TCS, the crown jewel and cash cow of the group.

A large part of Chandra’s tenure was spent fighting the legal battle with Mistry.

He joined the Tata Sons board in October 2016, was designated chairman in January 2017 and took official charge in February 2017. He also chairs the boards of operating companies such as Tata Steel, Tata Motors, Tata Power and TCS.

Continuity in leadership will give investors and stakeholders confidence in the 154-year-old conglomerate that makes salt to luxury sedans. The group is working on an all-in-one e-commerce super-app — one of Chandra’s key projects — to market its swathe of consumer products and services as part of a digital makeover.

The group is also reinventing its aviation businesses after successfully acquiring Air India Ltd from the central government last year.

Under Chandra, Tatas sold the mobile phone business of Tata Teleservices to Bharti Airtel in an attempt to cut losses. In May 2018, the group made one of the biggest acquisitions to date when Tata Steel took over Bhushan Steel by paying ₹35,200 crore under the insolvency process.

Tata Steel, which managed to turn around the company renamed as Tata Steel BSL, however, couldn’t close a deal to sell its European business to ThyssenKrupp.

In October last year, Tata Sons made a winning bid for Air India, bringing back an airline that the group had originally founded.

The Tata group now has three airlines – Tata SIA Airlines, AirAsia India and Air India with a combined market share of over 25 per cent.

Last year, Chandra started his acquisition spree in the digital domain in his drive to launch a Super App which will sell from salt to airline tickets to the customers directly.

In May 2021, Tata Sons acquired Big Basket at a reported valuation of Rs 9,500 crore, pitting it in direct competition with American retail giant, Amazon and Wal-Mart owned Flipkart and Mukesh Ambani-owned Reliance Retail.

While Tata Power has been working to unlock the value of its renewables business, Tata Motors stabilised under Chandra’s leadership.