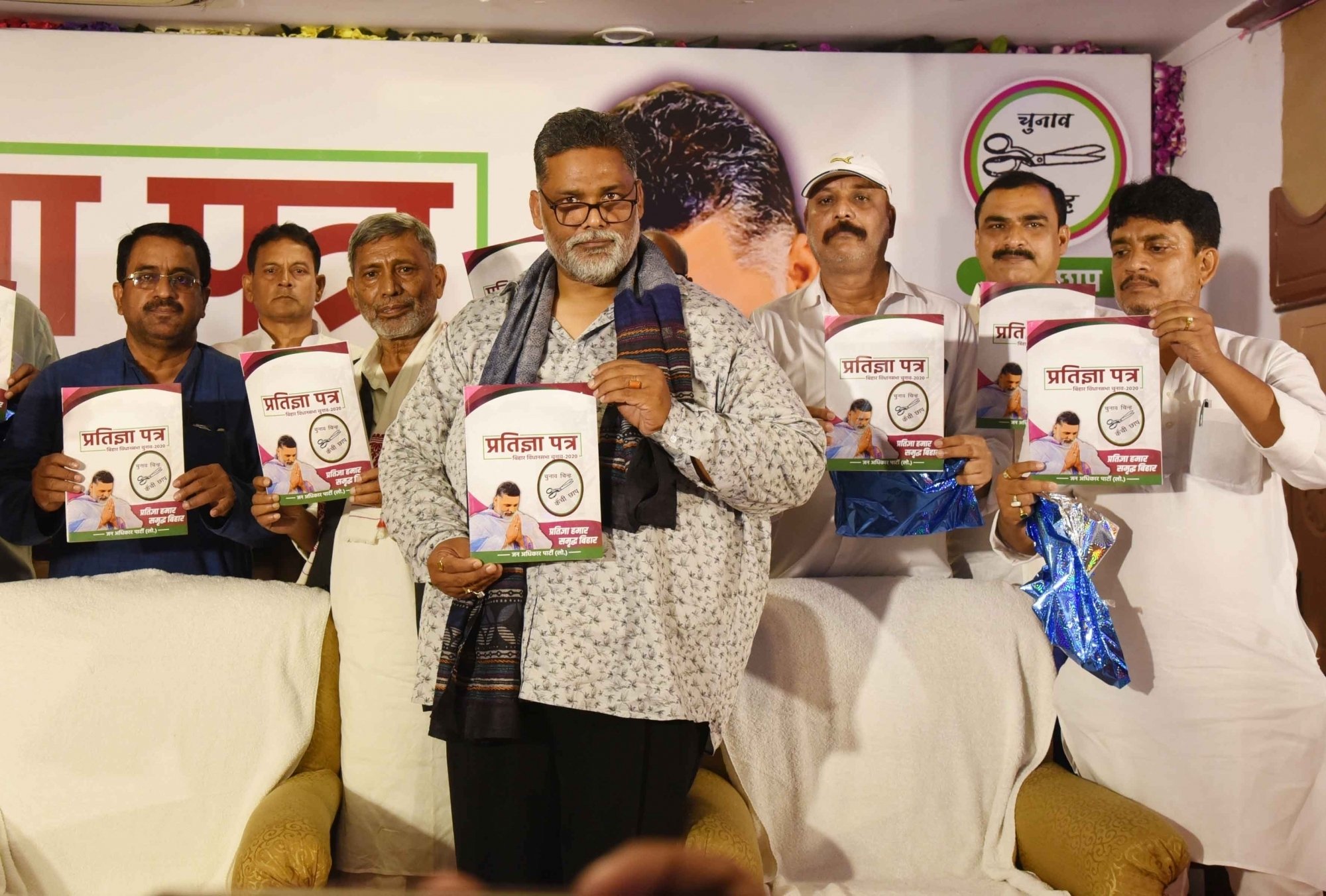 NEW DELHI: As the Election Commission announced the dates for the Bihar assembly elections, it seems to be a direct fight between the ruling Bharatiya Janata Party (BJP)-led National Democratic Alliance (NDA) and the RJD-led Opposition Grand Alliance (Mahagathbandhan).

However, in these elections, several rookie parties and groupings will also be in the political fray.

One such grouping is the Left which had to be content with very few seats in the previous elections. Many other outfits will also come before the voters after having fought previous elections in alliance with other parties. These include the Vikassheel Insaan Party (VIP), Janata Dal (Rashtrawadi), Jantantrik Vikas Party (JVP) and others.
Former MP Pappu Yadav’s Jan Adhikar Party (JAP) has announced it will contest on 150 seats. It is no secret that Yadav, a former RJD leader, has carved his own political space in many regions of Bihar. Speculation is rife that he will benefit from the hard work done in the last five years in some regions.

Pappu Yadav said Bihar is frustrated with the ruling party and the Opposition and was looking for an alternative political narrative offered by him.

JVP Chief Anil Kumar has also announced he will field party candidates on 150 seats. The party is considered strong in Buxar, Bhojpur and Rohtas districts.

Kumar said the development which has been claimed to have been done in Bihar has been exposed during the ongoing corona pandemic and such fake development promises were known to the people.

Former MP Ranjan Yadav, who has worked with RJD President Lalu Prasad Yadav in the past, is also in the electoral fray contesting on a Janata Dal (Rashtrawadi) ticket in these elections. Party workers showed their strength on Friday, taking to the streets in protest against the Farm Bills passed by Parliament.

The performance of the Left-centric parties is also not considered to be better in Bihar. In the last elections, the Left parties had to be content with only three seats. However, in this election, the Left is set to enter the political arena aligning with the Opposition Grand Alliance.