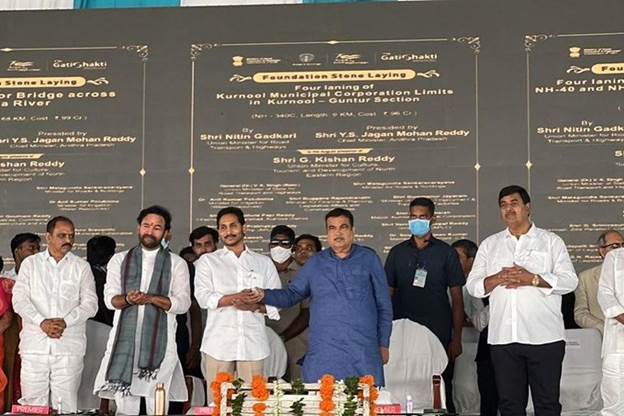 Speaking on the occasion, Gadkari said under the leadership of Prime Minister Narendra Modi we are committed to build world class infrastructure in Andhra Pradesh. He said improved road connectivity in the coastal area will boost tourism, create employment opportunities for urban and rural youth and play a pivotal role in bringing prosperity to the people of Andhra Pradesh.

The Minister said the construction of ROBs under Setu Bharatam will facilitate hassle free movement of traffic, ensure the safety of commuters, save time & fuel and will also reduce pollution. He said the National Highways are the arteries of socio-economic development of the state.

Gadkari said the 4-lane road to Visakhapatnam and Kakinada ports of Andhra Pradesh will play a crucial role in improving logistics. The construction of Benz Circle flyover will help decongest the city of Vijayawada, he added.