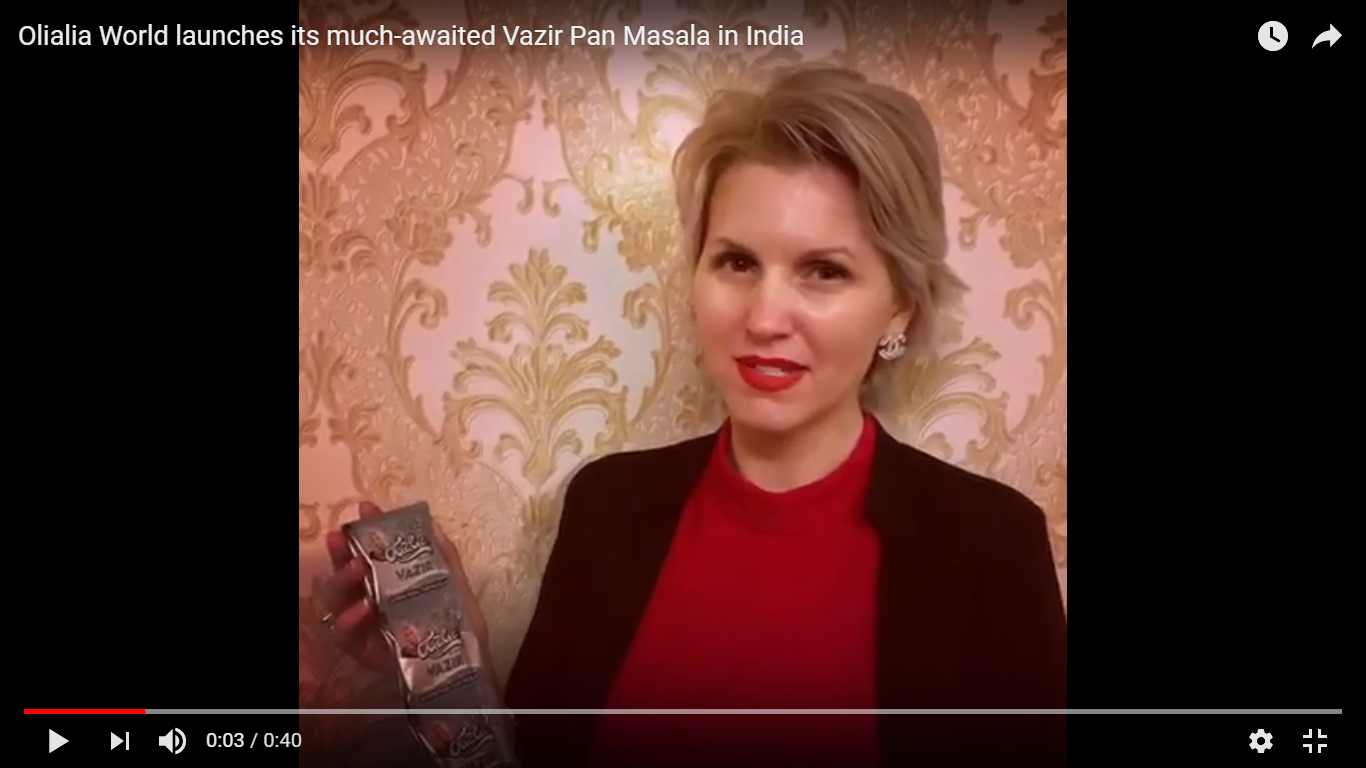 Olialia Chairperson and Global Brand Ambassador Anca Verma has rolled out officially after savouring the taste of the first batch of “Olialia Vazir Pan Masala” three days ahead of its commercial rollout on Dusshera on 19th October.

Recently, the company had said that it will launch its Vazir Pan Masala commercially in India by end of this month. The sales and distribution footprint would expand to 10 other states in a few weeks.