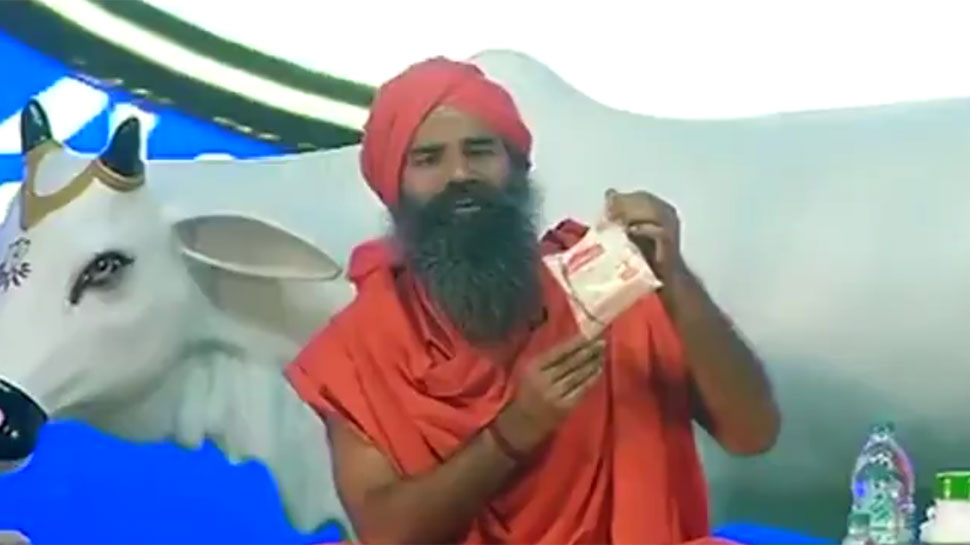 The Haridwar-based firm has also ventured into packaged drinking water, frozen vegetables, cattle feed without any urea, and solar panels in a major product offensive.

Patanjali would supply cow milk in the markets of Delhi NCR, Rajasthan, Mumbai and Pune areas of Maharashtra with a network of around 56,000 retailers, dispensing around four lakh litres milk on daily basis.

The company has a target to touch daily sales of around 10 lakh litres of cow milk by FY2019-20, he added.

“We have set up a chain of our own collection centres and chilling centres in the last two years,” Ramdev added.

The company would directly procure milk from around one lakh farmers through its network and would encourage them to rear indigenous cow breeds.

Patanjali is transferring money directly in the bank accounts of farmers.

“Our milk would be cheaper than other established brands by Rs 2 at Rs 40 per litre,” Ramdev added.

Besides regular milk, Patanjali would also introduce milk and herbal flavoured milk and other value-added products in tetra packs, to target the niche segment and area beyond their coverage area.

While commenting on Patanjali’s entry into the cow milk segment, its rival Mother Dairy which has a large presence in the Delhi NCR, welcomed the move and said it would help farmers.

“As a category creator and frontrunner, we welcome competition, including Patanjali, as we believe their foray will further help in increasing awareness on the great values of Cow Milk and its impact on the rural economy and farmers,” a Mother Dairy Fruits and Vegetables Pvt Ltd spokesperson said.

Besides, Patanjali also launched its packaged drinking water brand ‘Divya Jal’ in the Northern and Western market. It has also plans to introduce natural mineral water and herb-infused water.

Moreover, it has also forayed into the frozen vegetable segment and has introduced green pea, mix vegetables, sweet corn and potato finger variant.

“Our products would be around 50 per cent cheaper than our rivals,” said Ramdev.

While, in the cattle feed without any urea segment, it has launched ‘Patanjali Dugdhamrit’ brand.

In the solar panel segment, Patanjali has started a plant producing panels worth 60 MW.

Patanjali, which has recorded multi-fold growth in recent years, had witnessed a marginal growth only last fiscal hit hard by the implementation of the GST regime.