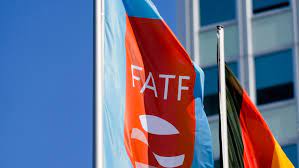 ISLAMABAD: Pakistan Prime Minister Shehbaz Sharif on Friday welcomed the FATF’s decision to remove his country from its grey list, describing the development as a vindication of our determined and sustained efforts over the years.

The Paris-based Financial Action Task Force (FATF), the global watchdog on terror financing and money laundering, on Friday removed Pakistan from a list of countries under increased monitoring, also known as the grey list.

Responding to the development, Prime Minister Sharif said Pakistan’s exit from the FATF grey list was a vindication of our determined and sustained efforts over the years.

The removal from the grey list is also an admission of Pakistan’s sacrifices in the war against terrorism, he said.

I would like to congratulate our civil and military leadership as well as all institutions whose hard work led to today’s success, he said.

Sharif particularly commended the role and efforts of Foreign Minister Bilawal Bhutto, Army chief Gen Qamar Javed Bajwa and their teams and all political parties for putting up a united front to get Pakistan out of the grey list.

Foreign Minister Bilawal also extended his congratulations to the nation.

Congratulations to the people of Pakistan. Pakistan has officially been removed from the FATF grey list, he tweeted.

The removal from the list is expected to improve Pakistan’s international image and open more avenues for economic opportunities when the country is struggling to address inflation and attract foreign investment.

The development came in the wake of improvement in ties with the United States since April this year when the new government led by Sharif came to power.

FATF placed Pakistan on the grey list in June 2018 and handed it over a plan of action to fulfill as a condition to come out of the list. As the country struggled to fulfill its obligations, another action place was given in June 2021.

FATF had given Pakistan first a 27-point action plan and later another 7-point plan to comply and it fulfilled all 34 points.

Finally, after many reviews the country succeeded to earn the approval of the FATF which at the end of its plenary session in Paris announced that Islamabad was being removed from the grey list but asked Pakistan to continue working with FATF to further improve its system.

It said in a statement that it welcomes Pakistan’s significant progress in improving its anti-money laundering and counter-terrorist financing (AML/CFT) regime as it has strengthened the effectiveness of its AML/CFT regime and addressed technical deficiencies to meet the commitments of its action plans.

Pakistan is therefore no longer subject to the FATF’s increased monitoring process, according to the statement.