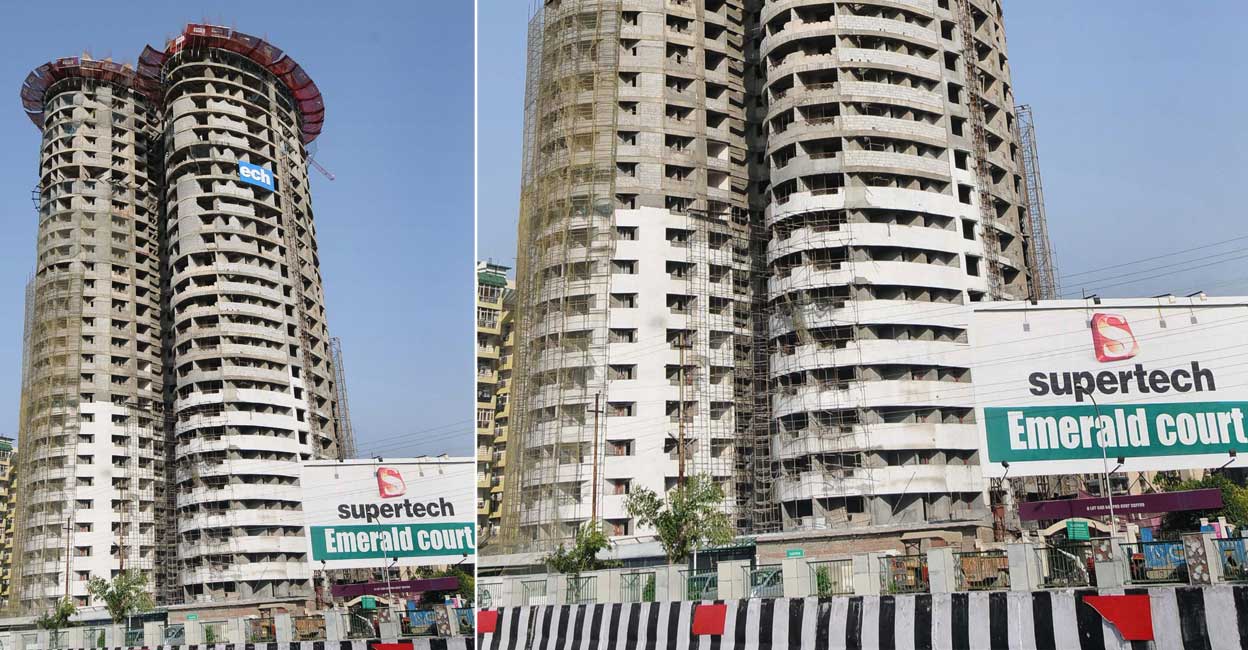 The apex court directed that the entire amount of home buyers be refunded with 12 per cent interest from the time of the booking and the Residents Welfare Association be paid Rs 2 crore for the harassment caused due to the construction of the twin towers.

A bench of Justices D Y Chandrachud and M R Shah said that April 11, 2014 verdict of the Allahabad high court, which directed demolition of twin towers, does not deserve any interference.

It said the construction of Supertech’s twin 40 storey towers having 915 flats and shops was done in collusion with NOIDA authority and the high court was correct in holding that view.

The bench said that demolition exercise of the twin towers be carried out within three months under the supervision of NOIDA and an expert agency and the cost of the entire exercise has to be borne by Supertech Ltd.

The top court said that recently it has seen rampant unauthorised construction in metropolitan areas in collusion with planning authorities and it has to be dealt with sternly.