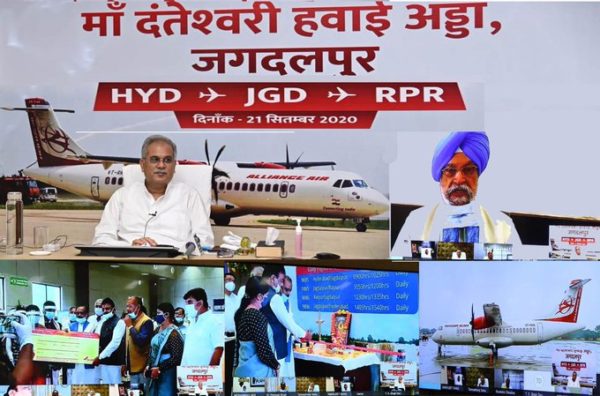 NEW DELHI: Chhattisgarh Chief Minister Bhupesh Baghel on Monday did an e-inauguration of a 72-seat regular flight linking Jagdalpur in Bastar region with Raipur and Hyderabad, greatly shortening the time now taken by road journey. Ministers, MPs and others attended the event via video conferencing while the Chief Minister did the inauguration from his residence […] 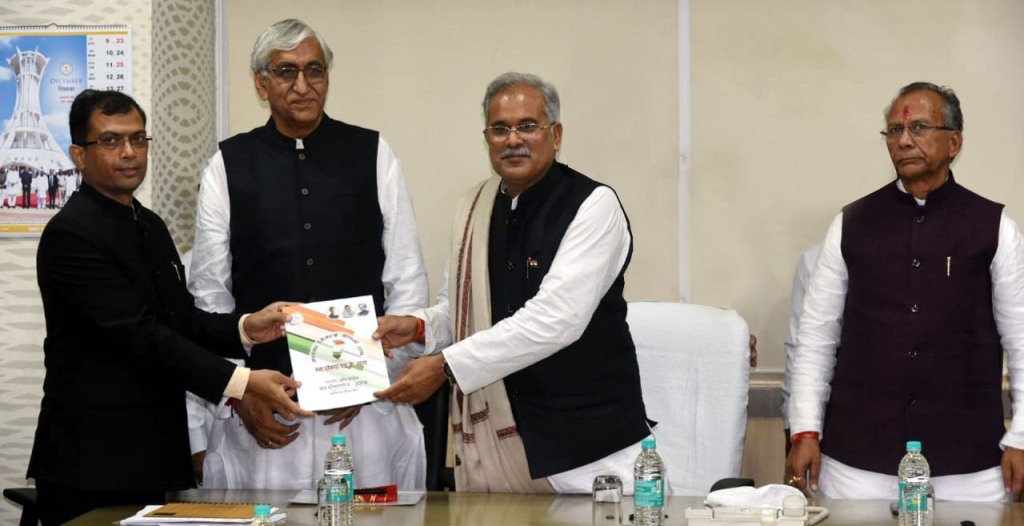 RAIPUR: Chhattisgarh Chief Minister Bhupesh Baghel on Thursday assigned portfolios to his Cabinet colleagues, keeping finance and mining with himself and giving the crucial home department to senior leader Tamradhwaj Sahu. The newly-appointed ministers, who took oath early this week, have been allocated portfolios, a government public relation officer in Raipur said. Besides finance and […] 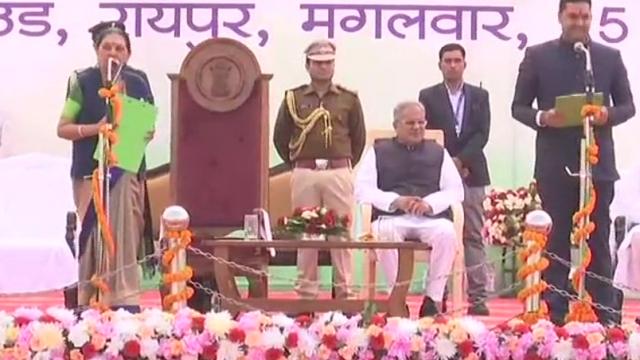 RAIPUR: Chhattisgarh Chief Minister Bhupesh Baghel on Tuesday conducted the first expansion of his Cabinet by inducting nine Congress MLAs, including a woman legislator, as ministers. With this, the strength of the Baghel-led Cabinet has gone up to 12. Governor Anandiben Patel administered the oath to the new ministers during a function held at the […] 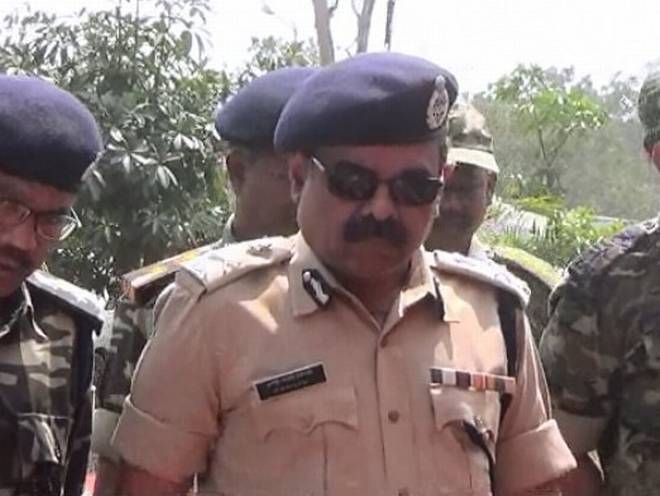 NEW DELHI: The newly-elected Congress-led Bhupesh Baghel government in Chhattisgarh has appointed DM Awasthi as new Director General of Chhattisgarh Police. Awasthi, a 1986-batch IPS officer, is currently the Special Director General (Anti-Naxal Operations). He will now head Anti-Naxal Operations, EoW, SIB, ACB. He has replaced AN Upadhyay, who has now been appointed as Chairman of […]

RAIPUR: Chhattisgarh Chief Minister Bhupesh Baghel on Monday announced that his government will waive short-term agricultural loans of farmers, fulfilling a promise made by the Congress ahead of the just concluded state assembly polls. Short-term agriculture loans to the tune of over Rs. 6,100 crore of over 16.65 lakh farmers drawn from cooperative banks and […] 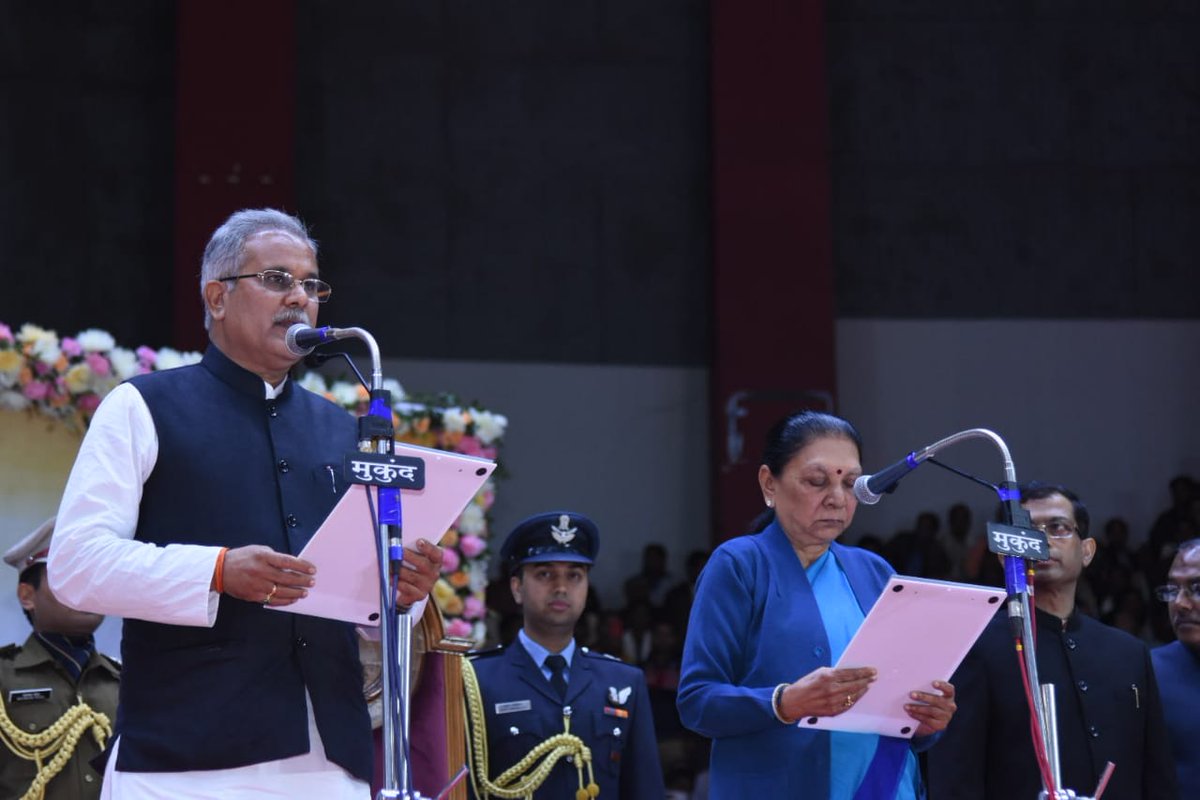 NEW DELHI: Congress leader Bhupesh Baghel was on Monday sworn in as the Chief Minister of Chhattisgarh. MLAs T.S. Singh Deo and Tamradhwaj Sahu, who were front-runners for the Chief Minister post, were sworn in as Ministers. Governor Anandiben Patel administered the oath of office and secrecy to Baghel, 57, and the two during the […] 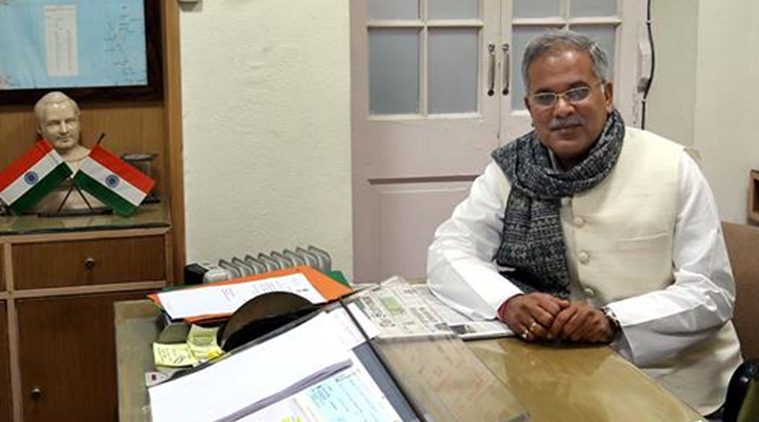 NEW DELHI: Chhattisgarh Congress chief Bhupesh Baghel was Sunday appointed the new chief minister of state after days of intense deliberations with top party leadership headed by Rahul Gandhi. The announcement was made by the Congress on its official Twitter handle even when the meeting of the Legislature Party was on in Raipur. The party […]