PATNA: Bihar Chief Minister Nitish Kumar on Friday launched two schemes aimed at giving a boost to the spirit of enterprise among the states women and youth. Both Mahila Udyami Yojana and Yuva Udyami Yojana promise an assistance of Rs 10 lakh each to applicants. Addressing a function organized on the occasion, the chief minister […] 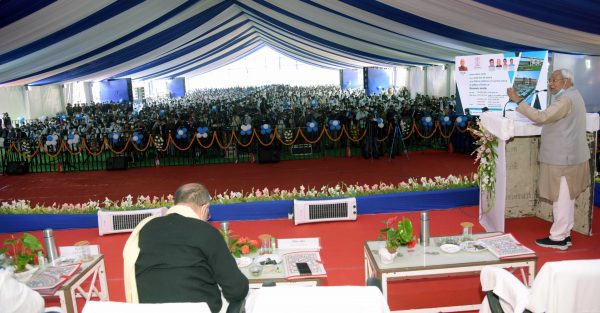 PATNA: Bihar Chief Minister Nitish Kumar on Monday launched an ambitious project that aims to upgrade the Patna Medical College Hospital and make the largest public health care centre in the state “world class”. At a function held inside the historical PMCH campus, the Chief Minister laid the foundation stone of the 5462-bed hospital coming […] 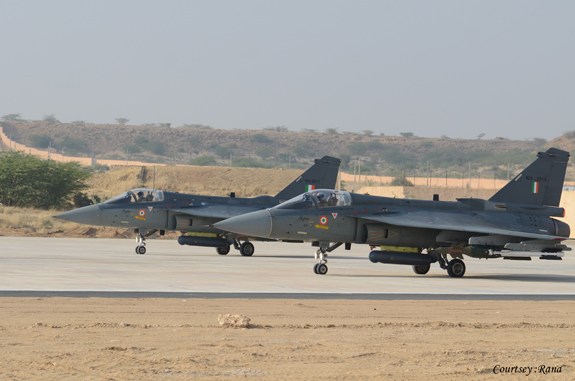 NEW DELHI: The Cabinet met under the Chairmanship of Prime Minister Narendra Modi in New Delhi today and has approved procurement of 73 LCA Tejas Mk-1A fighter aircrafts and 10 LCA Tejas Mk-1 Trainer aircrafts at the cost of Rs. 45,696 Crore along with Design and Development of Infrastructure sanctions worth Rs.1,202 crore. “The CCS […] 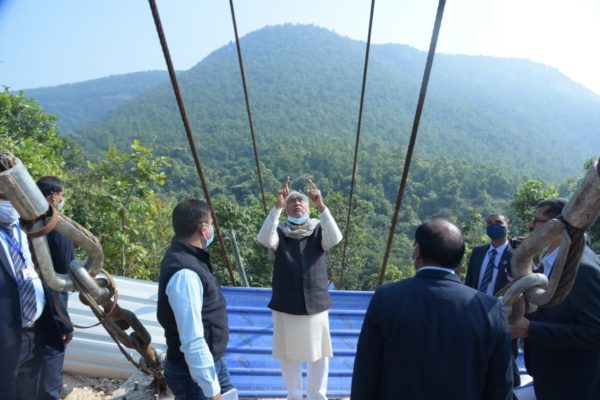 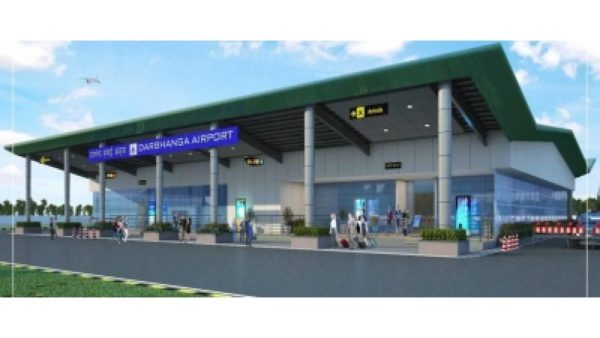 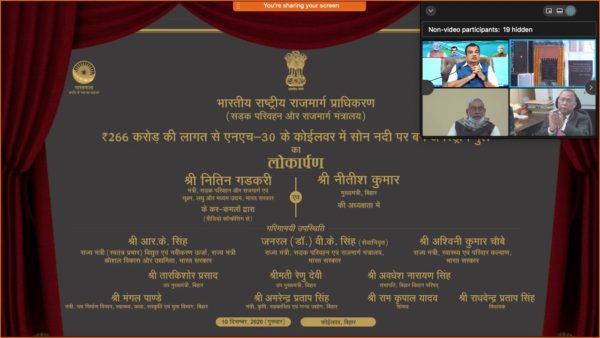 NEW DELHI: India’s Road Transport and Highways  Minister Nitin Gadkari has inaugurated the three lane 1.5 km long Koilwar bridge over Sone river in Bihar through Video Conferencing today. A sum of Rs 266 crore has been spent on the bridge. The existing two lane bridge for both rail and road traffic is 138 years […] 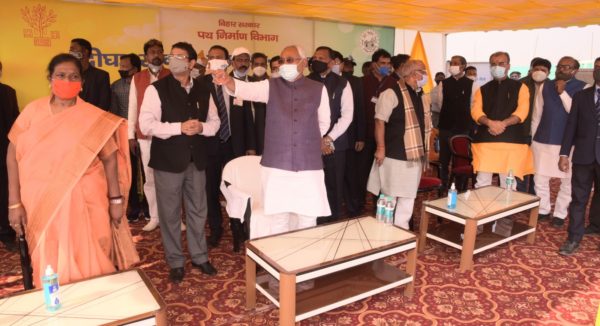 PATNA: Bihar Chief Minister Nitish Kumar on Monday said the Narnedra Modi government (Centre) should allay fears among the protesting farmers that the new agriculture laws were aimed at doing away with the system of minimum support price or that they will adversely affect the procurement of produce. Kumar, whose JD(U) is a constituent of […] 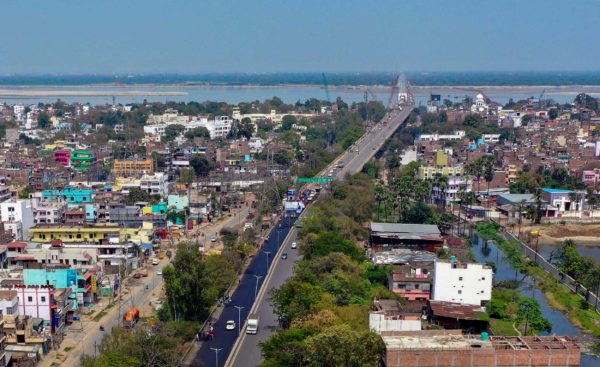 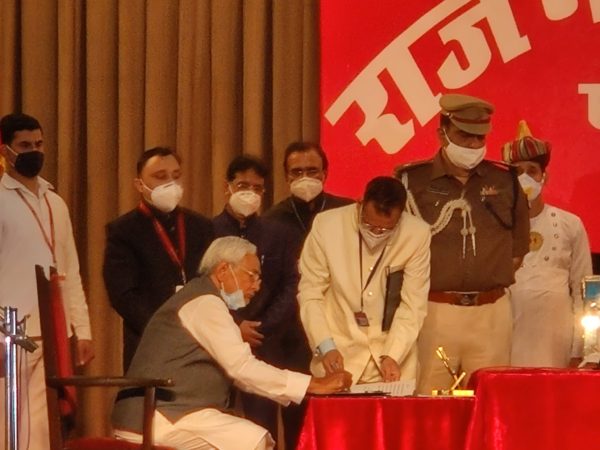 NEW DELHI: Nitish Kumar was on Monday sworn in as Chief Minister of Bihar for his fourth successive term. Governor Phagu Chauhan administered the oath to Kumar at the ceremony at Raj Bhavan. Those who were administered oath of office included two Deputy Chief Minister designates Tarkishore Prasad and Renu Devi, both from the BJP, […] 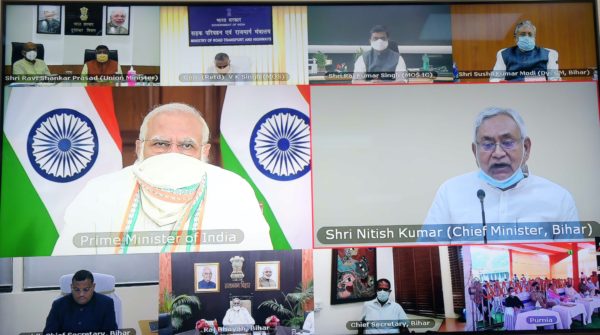 NEW DELHI: Prime Minister Narendra Modi laid the foundation stone for nine National Highway Projects worth Rs 14000 crore in Bihar and launched the project to provide internet services through Optical Fibre in the state today through video conferencing. Speaking on the occasion, the Prime Minister said these highway projects would improve the connectivity in […] 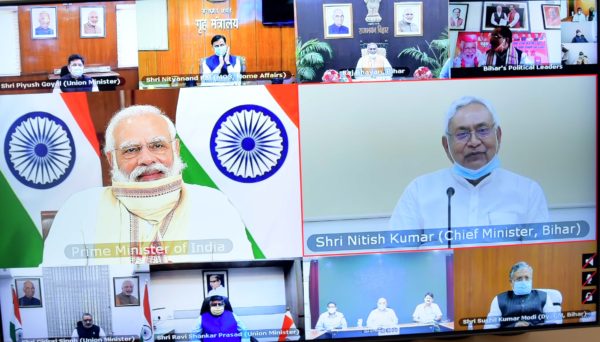 NEW DELHI: The Prime Minister Narendra Modi dedicated the historic Kosi Rail Mahasetu to the Nation and inaugurated new Rail Lines and Electrification Projects in Bihar for the benefit of passengers through video conference. Speaking on the occasion, Prime Minister Modi said a new history has been created in the field of rail connectivity in Bihar. […] 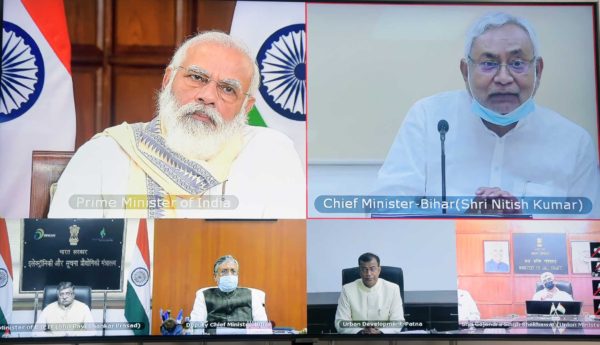 NEW DELHI: The Prime Minister Narendra Modi inaugurated various projects under ‘Namami Gange’ Yojana and ‘AMRUT’ Yojana in Bihar. Four schemes inaugurated today include sewerage treatment plants at Beur and Karam-Leechak in Patna city, as well as water-related projects in Siwan and Chhapra under the ‘AMRUT’ Yojana. Apart from this, foundation stones were laid today […] 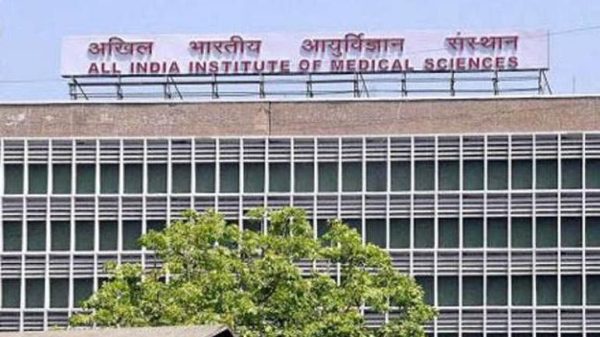 NEW DELHI: The Union Cabinet chaired by the Prime Minister,Narendra Modi has approved establishment of a new All India Institute of Medical Sciences (AIIMS) at Darbhanga, Bihar. This will be established under the Pradhan Mantri Swasthya Suraksha Yojana (PMSSY). The Cabinet also approved creation of one post of Director in the basic pay of Rs […] 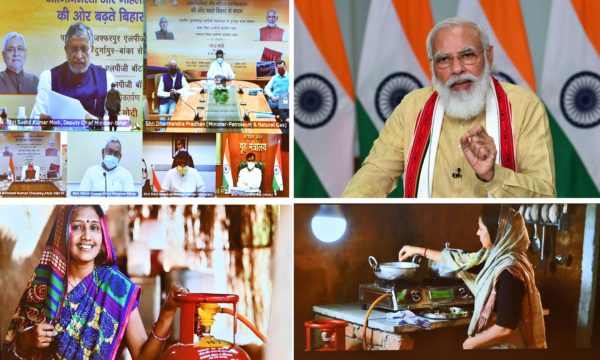 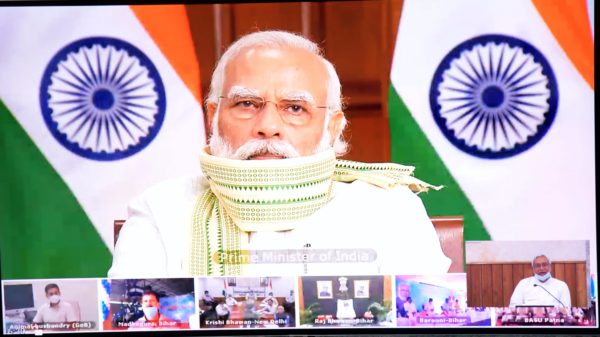 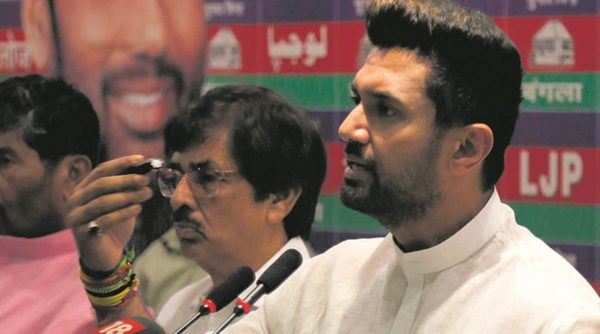