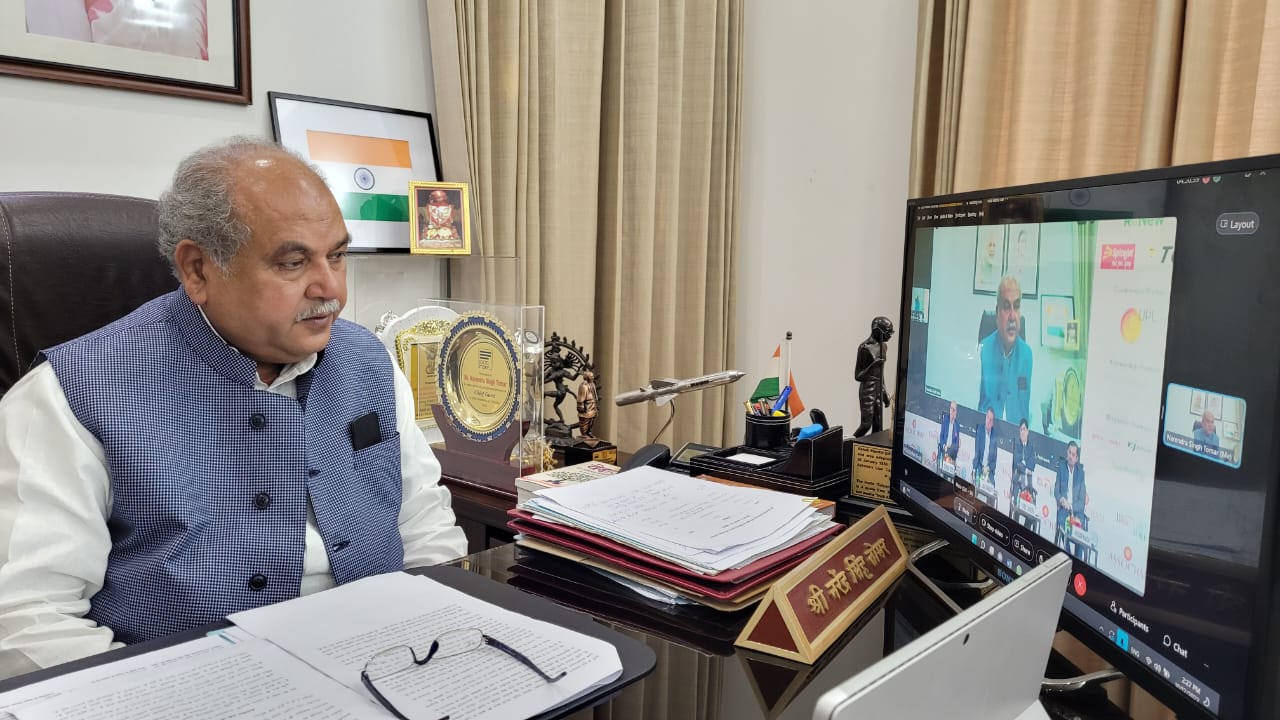 NEW DELHI: Agriculture Minister Narendra Singh Tomar on Wednesday said unseasonal rains in some parts of the country have affected small farmers and are getting compensation under the government’s crop insurance scheme.

At a conference on ‘Enhancing Agricultural Productivity: Integration of Improved Seeds and Agri Inputs’, the minister also said Indian agriculture sector as well as profit or loss in farming are dependent on nature.

“You all must be experiencing now that unseasonal rains have caused losses to small and marginal farmers,” he said.

According to him, farmers have security cover as they get compensations under the crop insurance scheme Pradhan Mantri Fasal Bima Yojana (PMFBY).

The scheme provides protection to farmers from crop losses.

Delhi-NCR and various districts of Uttar Pradesh have received unseasonal rains this month.

So far, Tomar said the insurance companies have provided a compensation of Rs 1.22 lakh crore to affected farmers.

However, he rued that all farmers are not covered under the PMFBY.

While the compensation amount provides relief to the affected farmers, it does not compensate for their hardwork, Tomar said.

The minister also listed out challenges faced by the Indian agriculture sector, including the gradual reduction in cultivable area because of the need of land for infrastructure development.

There is also a challenge to attract young generation in the farm sector. In such a situation, there is a need to bring new technology besides better marketing system for agricultural produce, he said.

Further, the minister said market infrastructure needs to be set up in rural areas as storage and transportation of crops are also big challenge.

To empower small farmers, Tomar said the Centre has announced setting up of 10,000 Farmer Producer Organisations (FPOs) with an investment of Rs 6,865 crore as it will help in improving their income through processing and marketing of agri products.

A Rs 1 lakh crore-agriculture infrastructure fund has also been launched.

He expressed concern over imports of edible oils to meet domestic demand and said the government is promoting oil palm cultivation especially in the North East.

India’s rice production is likely to decline by 6 per cent to 104.99 million tonnes in the kharif season this year due to a fall in paddy acreage amidst rainfall deficit in key producing states, including Jharkhand, Madhya Pradesh and West Bengal.