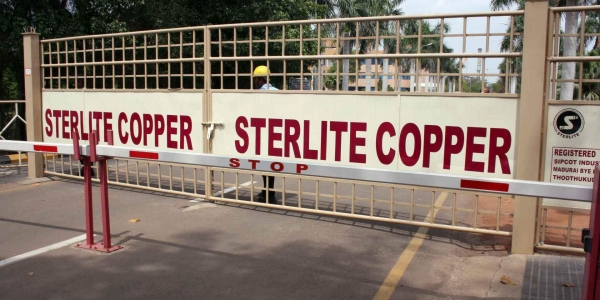 NEW DELHI: Vedanta Ltd has lost about USD 200 million in profits ever since its copper smelter plant in Tamil Nadu was shut more than a year back after police fired on protesters and killed 13 people, Group Chairman Anil Agarwal said.

Agarwal added that the stoppage of production at the Tuticorin plant of the firm’s unit Sterlite led to the country having to import copper, spending precious foreign exchange.

“We have lost about USD 200 million in bottomline (profits),” he told PTI in an interview. “Forget about bottomline. How can you stop production and start importing? After all, what we did at Tuticorin was import substitution.”

The Tamil Nadu government had in May last year ordered permanent shutdown of the copper smelter after bloody protests at the plant in Thoothukudi culminated in police opening fire on demonstrators.

Vedanta wants the plant to be reopened, pointing to the economic pressures from the closure. As many as 20,000 direct and indirect jobs have been lost due to the shutting of the smelter and about 98,400 more were affected in the consumer or downstream industries.

“It is a bread and butter issue for Tuticorin,” he said. “What happened (in police firing) was very unfortunate and our thoughts and sympathies are with the victims. But what is now happening is equally unfortunate.”

The Vedanta plant in the Thoothukudi district produced about 40 per cent of India’s copper output.

The company had announced a plan to expand capacity, leading to protests on concerns about pollution. Vedanta denies that the factory has been a polluter.

He sought to draw a parallel between Tuticorin and Singur in West Bengal which was abandoned by Tata Motors in 2008 after protests over its Nano car factory.

“Nobody can (afford to) make another Singur,” he said without elaborating.

In 2008, Tata Motors abandoned plans to build a factory to make the world’s cheapest car after protests led by politicians over land acquisition. That pullout was said to have deterred many manufacturers from investing in new plants in the state.

Tamil Nadu, one of the most industrialised states in India, is home to factories of companies like Hyundai Motor and Caterpillar. But it has in recent months seen a decline in foreign investment, leading to concerns about job creation.

“I have been saying and will repeat again – the world does not want us to produce. World wants us to import,” he said, adding the shutting down of Tuticorin plant has led to India importing copper.

Agarwal hoped that a solution will be found soon.

According to Vedanta Ltd’s latest annual report, the Tuticorin copper smelter, operated by its Sterlite Copper business, ranks as one of the largest custom copper smelters in India.

The company challenged the closure order through an appeal before the National Green Tribunal (NGT), which in December 2018 ruled that the Tamil Nadu government’s order was “nonsustainable” and “unjustified”.

However, in February 2019, the Supreme Court set aside the NGT’s order on the grounds of maintainability and directed Vedanta to file a writ petition before the Madras High Court.

The company has filed a petition in the high court and “the matter is likely to come up after the summer vacation break,” Agarwal said.

Vedanta Ltd in its annual report for 2018-19 said: “India faced a crunch in the availability of refined copper due to Vedanta’s Tuticorin smelter closure. Chinese smelter output increased by 4.2 per cent in 2018, despite the closure of some smelters for maintenance during Q4.”

Refined copper consumption in India grew by 2.9 per cent in 2018 while demand in China, the largest consumer of copper, increased by 4.9 per cent, it said.

Refined copper is predominantly used in manufacturing cables, transformers and motors as well as castings and alloy-based products.

“In the coming year, copper consumption in India and China is expected to increase by 11.8 per cent and 1.6 per cent respectively. This rise is driven by population growth, urbanisation, the rise of the middle class and the evolution of electric vehicles (EVs),” it said.

On the supply side, there could be further disruptions in copper production due to the smelter upgrades in Chile following the introduction of new environmental regulations.

“Our ability to take advantage of these opportunities is largely dependent on the re-opening of our smelter at Tuticorin,” it said.