When everyone is slowing, India in relatively bright spot than others: IMF 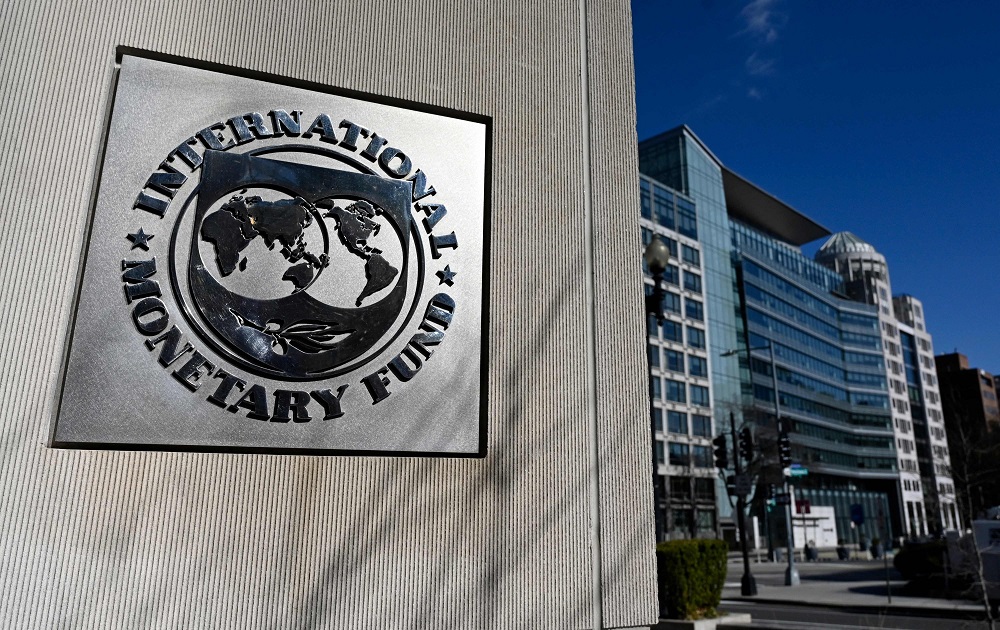 When everyone is slowing, India in relatively bright spot than others: IMF

WASHINGTON: When everyone is slowing down in terms of economic growth, India has not remained unimpacted, but is doing better and is in a relatively bright spot compared to other countries, a top International Monetary Fund (IMF) official said on Tuesday.

Just look at the global conjuncture right now, which is the overarching problem, IMF Director of Asia and Pacific Department, Krishna Srinivasan, said, adding that the growth was “slowing across many parts of the world even as inflation is rising”.

“We expect countries accounting for 1/3 of the global economy to go into a recession this year or the next. And inflation is rampant. So that is the overarching story, Srinivasan told PTI in an interview.

Almost every country is slowing. In that context, India is doing better and is in a relative bright spot compared to the other countries in the region, Srinivasan said.

The projection for 2023 slides down further to 6.1 per cent. More than a third of the global economy will contract in 2023, while the three largest economies — the United States, the European Union, and China — will continue to stall, it said.

“In short, the worst is yet to come, and for many people, 2023 will feel like a recession, said Pierre-Olivier Gourinchas, the Economic Counsellor and the Director of Research of the IMF, in his forward to the WEO released during the annual meeting of the IMF and the World Bank.

Now beyond that, there are three underlying headwinds. One, of course, is financial conditions tightening because central banks and Asian economies are tightening to address inflation.

Second is Ukraine, a war which has led to an increase in food and commodity prices, widening current account deficits. And the third is in the region itself, China is slowing down, he observed.

A combination of these factors is driving prospects down across many parts of Asia including India.

India is having an effect with external demand coming down. Also, domestically, inflation has been rising.

Now, what that means is there has been a bearing on domestic demand. You have inflation, which affects consumer demand, and when you try to address inflation, that by tightening monetary policy, it will bear upon investment. And so, both for both reasons, you see some slowing in India, and that’s why we revised it to 6.8 per cent this year and to 6.1 per cent the next year, Srinivasan added.

Observing that the Indian government has an ambitious plan for CAPEX, Srinivasan said the country needed to continue with it because that would give a boost to domestic demand.

The Indian government, he said, is addressing the impact of inflation on the poor and the vulnerable, which is very good.

They have cut excise taxes, which is across the board. That is good and bad. It is good in the sense that it provides relief on the price side, but it’s not well-targeted. In the context of limited fiscal space, you want these measures that alleviate inflation impact to be more targeted. We would want more targeted support for the poor and vulnerable. The free rations are one, he said.

Opening up sectors for greater foreign investment would be good. What we’ve seen is in the initial phase of the crisis, you had capital going out of India, and then now it’s coming back, trying to attract equity capital in FDI, that would be very good. That will boost things, he said.

India has done phenomenally on digitalisation, Srinivasan said. If you look at the digital public infrastructure in India, it’s quite amazing. You can leverage digitalisation to address many things, which both short term and long term to have, to boost growth, both in the near term and over the longer term, he said.

India took a hit to the chin during the delta wave of the COVID-19 crisis, he said. But since then, they’ve come back very strongly in terms of vaccinating a large swath of the population.

About 70 per cent of the population is fully vaccinated. Vaccinating a country with 1.4 billion people is no easy task. And they’ve done a very good job there. They’ve also been very judicious in employing the resources to support employment, health care, and the poor and the vulnerable. By tackling the pandemic head-on, they have mitigated what could be an important headwind, he said.

While the zero COVID strategy has been a drag on the Chinese economy, in the case of India the pandemic has had less of a headwind because they’ve addressed it through vaccination.

They have used their resources judiciously. Given the global context of where growth is slowing, and inflation is rising, in that context, India has done well, to protect growth. Now, going forward, it is not gonna be easy, because, to continue the growth prospects, India has to continue with this ambitious CAPEX plan, Srinivasan said.

This, he said will generate a multiplier effect private sector, which can generate employment. During the pandemic, people lost jobs mainly women, and youth.

You have to create an environment where those jobs are more. So going back to the CAPEX plans, which kind of brings in the private sector will give a boost to the economy. In that sense, I think it’s a good thing, he said.

India is facing large pressures on the external account because oil prices have gone up. Current account deficits are widening.

Responding to a question, Srinivasan said there are certain reforms which need to be done from a longer-term perspective: agricultural reform, land reform, labour reform.

They did go ahead with agricultural reform. It didn’t kind of pan out, same thing with land reform. But these need to continue. You have to keep the momentum going all that will improve your business environment, he said.