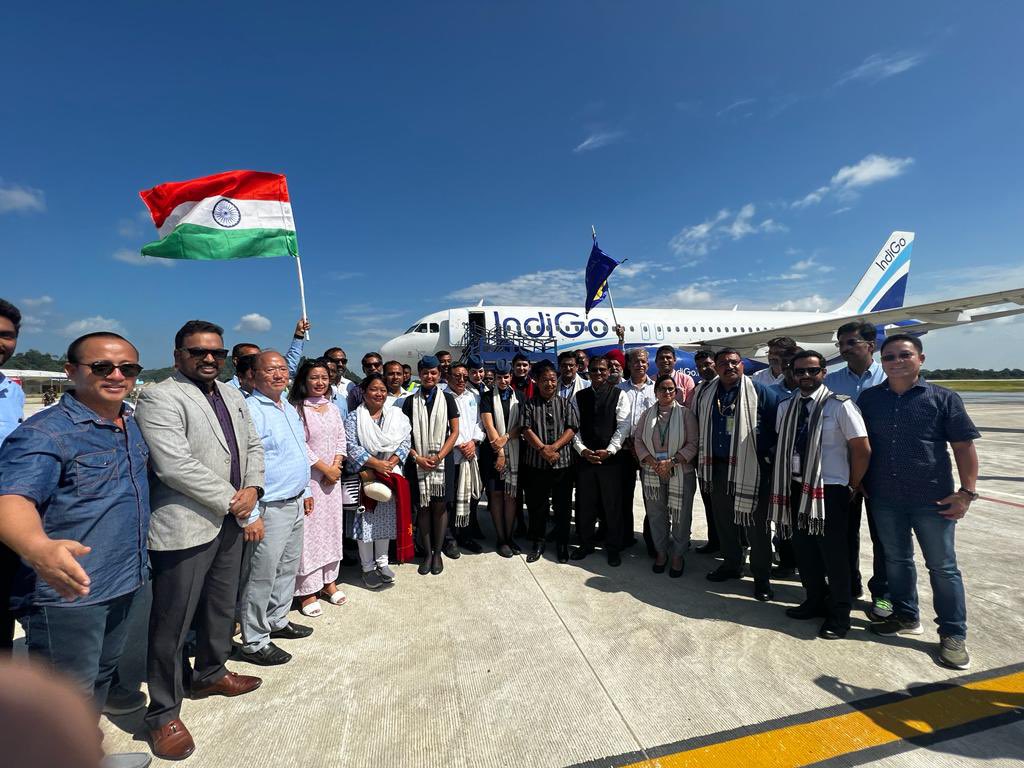 ITANAGAR: An aircraft of a private airlines was succesfully test landed at the newly constructed Donyi Polo airport in Arunachal Pradesh near here on Tuesday scripting a new chapter in the country’s aviation history.

The airport after it is commissioned will be the first in Arunachal Pradesh, the eastern most state of the country, and bring it to the aviation map of the country. The Lilabari airport, which is closest to the state capital, is located about 80 km away in North Lakhimpur district of Assam.

The Donyi Polo airport is likely to be inaugurated by Prime Minister Narendra Modi later this month, the officials said.

The new airport has a runway of 2,300 m and is suitable for the landing and take off of Boeing 747. With an area of 4,100 sq m, it will be equipped with all modern facilities for passengers, they said.

Two water cannons sprayed water as a welcome gesture when the Airbus A320 flight of IndiGo Airlines test landed at the airport with crew members and a few officials on board.

A milestone moment as we're making every possible effort to ensure ease of travel in our state. Gratitude to all for contributing their bit to improve people's ease of life! pic.twitter.com/NTGjecPpUB

Sharing the news of the test landing, Chief Minister Pema Khandu posted in the social media, It is a milestone moment for us as we’re making every possible effort to ensure ease of travel in our state. Gratitude to all for contributing their bit to improve our people’s ease of life!

He later tweeted It’s so satisfying and fulfilling to see IndiGo flight making a successful test landing at Donyi Polo airport. Ensuring better connectivity to our people is a top priority of my government. Rest assured, we’ll ensure we’ve many more flights from Itanagar.”

The minister said that Arunachal’s tourism sector will benefit highly once the airport becomes operational as it will become easy for international and domestic tourists to reach the state.

State Home Minister Bameng Felix who was present at the airport on the occasion termed the test landing a “long cherished dream of the people of the state”.

“A milestone moment indeed! Congratulations to all,” Felix tweeted.

The first flight test landing was conducted by the Airports Authority of India in the airport on July 19 this year.

Developed by the Airports Authority of India (AAI) at an estimated cost of Rs 645 crore, the Donyi Polo airport is a greenfield one with eight check in counters and will be able to accommodate 200 passengers during peak hours of the day.

Hollongi, where it is situated, is about 15 km from the state capital Itanagar.