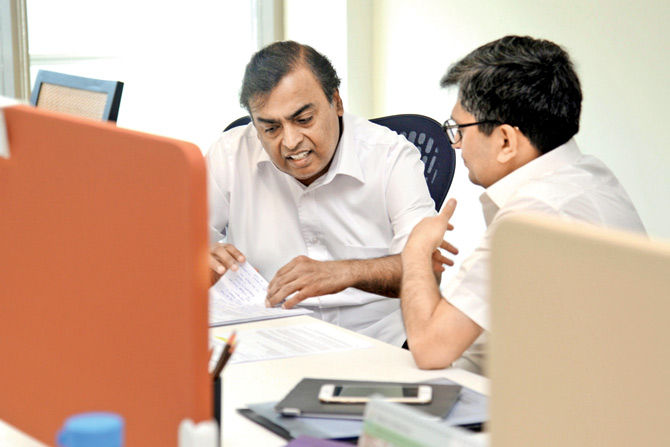 NEW DELHI: Reliance Industries Limited (RIL), controlled by Asia’s richest man Mukesh Ambani, will set up a holding company on the lines of Alibaba Group Holdings and Alphabet that will create digital services and allow for a strategic or financial investor.

The oil-to-retail conglomerate will infuse Rs 1.08 trillion ($15 billion) in the new company in the form of so-called optionally-convertible preference shares. The newly-formed unit will in turn invest the same amount in Reliance Jio Infocomm Ltd. and acquire the parent’s equity investment of Rs 650 billion in the wireless carrier, Reliance Industries said in a statement on Friday.

After spending almost $50 billion on a 4G wireless network that started services in 2016, Ambani is now cleaning up the balance sheets of his companies with the goal of making Reliance Industries a zero-net-debt company in less than two years. Jio’s debt stood at about Rs 840 billion as on Sept. 30, Chief Financial Officer V. Srikanth said earlier this month.

Ambani may also be preparing Jio for an initial public offering. In the three years since its debut, Jio has vaulted to the No. 1 position in the world’s second-biggest wireless market as it lured more than 350 million users with free calls and cheap data. Ambani said in August that Reliance will start preparing to list its telecommunications and retail businesses within five years.

Reliance Jio posted a stand-alone profit of Rs 9.9 billion for the quarter ended Sept. 30 on revenue of Rs 123.54 billion.