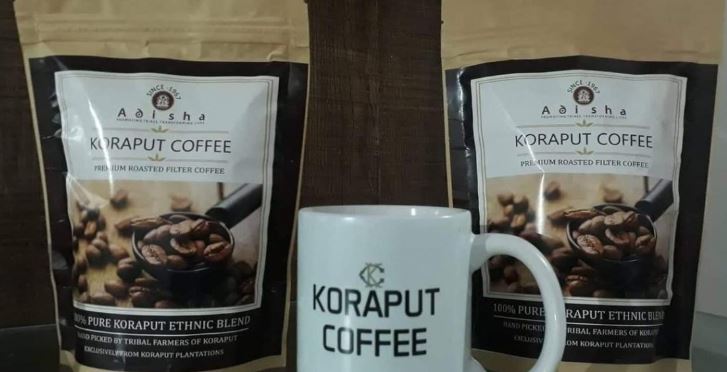 BHUBANESWAR: Tata Coffee has decided to market the beans produced in tribal-dominated Koraput district of Odisha across the country and abroad, Chief Minister Naveen Patnaik has said.

Appreciating the effort of Tribal Development Co-operative Corporation of Odisha Ltd (TDCCOL), Patnaik said that Tata Coffee will procure the produce from Koraput and market it by maintaining its uniqueness without tampering with its quality or flavour.

He said that the move will lead to prosperity among coffee farmers in the district.

Tata Coffee has procured at least 31.8 metric tonnes of dry parchment coffee of locally grown Arabica variety. After processing, the company will sell the coffee across the globe under its brand.

“We had sent samples of Koraput’s produce to Tata Coffee. It conducted laboratory tests and found the beans to be of high quality, following which they took the decision to market Koraput Coffee. This will motivate more farmers in the district to take to coffee cultivation,” Tribal Development Co-operative Corporation of Odisha Ltd, (TDCCOL) Managing Director Mansi Nimbal said.

The entire process of Koraput Agro Products Producer Company (KAPCO), which comes under the Odisha Rural Development and Marketing Society (ORMAS), procuring 28.79 tonnes of coffee beans from 193 tribal farmers and converting it to dry parchment coffee before selling it to Tata Coffee was facilitated by TDCCOL, she said.

“The collaboration with a firm like Tata Coffee will give a fillip to the district’s economy. As climatic conditions in Koraput are conducive for coffee cultivation, more areas would be brought under plantation, at least 80 hectare this year,” Collector Abdaal M Akhtar said.

A departmental survey has found that at least 1.45 lakh hectares in the district are suitable for coffee cultivation but only 1,467 hectares are under plantation at present.

The state government has granted 46,000 acres of forest land under Forest Rights Act (FRA) to tribals till June this year, an official said.

Coffee plantation was first introduced in Koraput by the erstwhile Maharaja of Jeypore in 1930. However, after the abolition of zamindari system in 1951, the state Soil Conservation Department undertook coffee plantation to prevent siltation in Machkund basin in 1958.

In September 2019, the state government had launched coffee beans under the brand ‘Koraput Coffee’, and it has already carved a niche for itself both within and outside the state for its taste and quality.

The chief minister has also praised Sulochana Khar of Kasampadar village for her contribution towards the expansion of coffee farming in the district.

“Khar has been a source of inspiration for others as a successful coffee farmer who has sold over 200 kg of beans to TDCCOL. Her commitment and dedication towards growing coffee is praiseworthy,” Patnaik said.

She has grown coffee on an acre of land received under FRA and sold 204.5 kg of beans at Rs 35 per kg to TDCCOL.

“I am very happy that the chief minister has taken my name. It will inspire me to promote coffee plantation in our region,” Khar said.